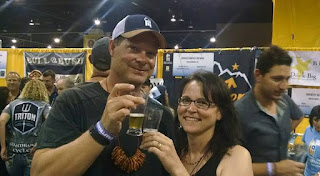 We have attended every year for the past several. Since 2010 I think. It is always fun.

This year, they added another pretty big hall, making it almost a totally new experience. Of course, they added more people so it was just as crowded, but we of course survived.

They also added a second entrance this year. I am always amazed how fast they are able to get people into the festival despite just a huge line. This year the second entrance made it even faster. I was even more amazed. 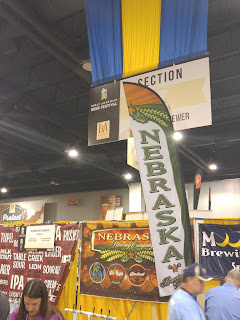 The new entrance brought us into the "meet the brewer" hall. The idea behind this area was that every brewery needed to have brewers on staff pouring beers at all times. There were a bunch of breweries here.


I let my wife lead us, last night, which basically means finding places that serve pumpkin beers, but that is ok. These places serve real beers too.

The first brewery we visited was Nebraska Brewing Company. I had a pale ale and my wife had a Wick for Brains Pumpkin Ale. I ended up having that too because my wife said it was really good. 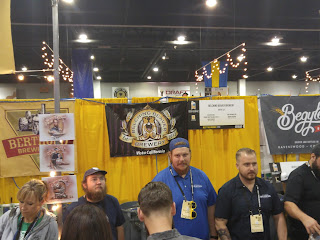 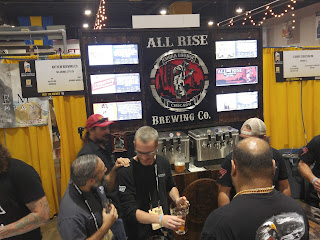 We went to a place called "All Rise" where I had a hoppy pale ale called Wonder Beer. I thought this was fantastic. I called this the best pale ale of the night. 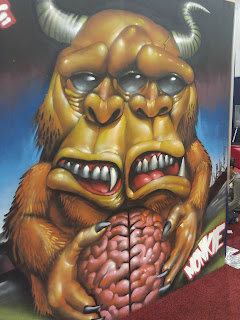 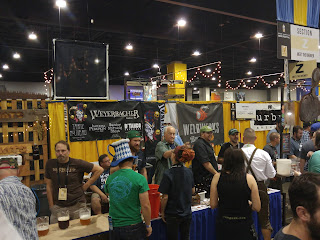 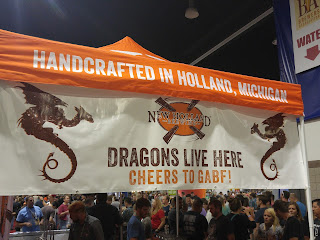 As always, we had to visit DESTIHL. I basically had all their sours. As always, they were all wonderful. 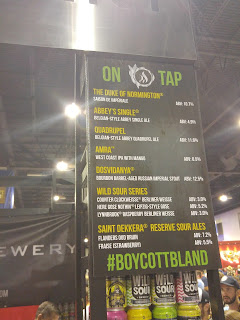 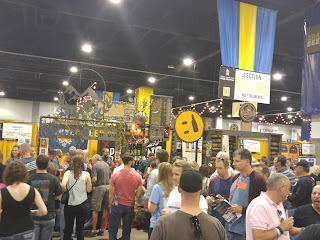 We did a beer and food pairing last night. Boston Beer Company partnered with Red Robin. To our surprise and delight, they brought us out a full bacon sausage burger and fries. This was absolutely fantastic. Had we known, we would not have had to have dinner before coming in. 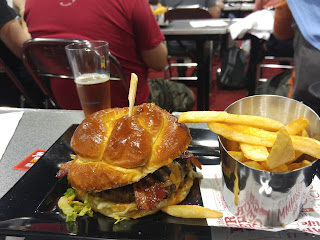 We stopped by Anderson Valley Brewing company for some Blood Orange Gose (yummy) and Boont Amber. 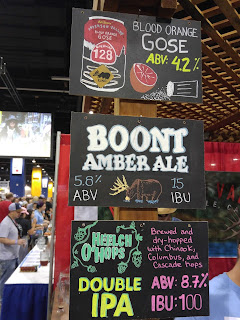 There was a brewery called Hoppy Brewing Company, which I thought was clever. I had their Total Eclipse Black IPA, which was the best black IPA I had of the evening. To be honest, I think it is the only black IPA I had all night. 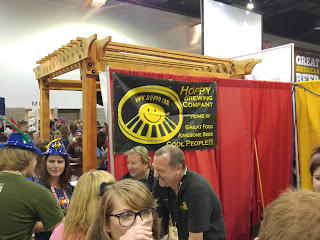 I think my favorite find of last night was Almanac Beer Company. It was very reminiscent of when I discovered DESTIHL a few years ago. All they had were sours. Most of them were hoppy sours. I loved them all. This is my brewery of the night by far. 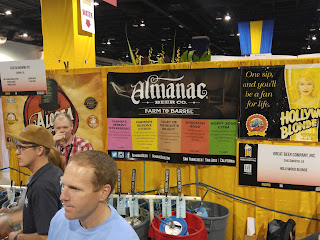 I had a Ripple Saison at Three Weav3rs Brewing Company. I must have liked it because I took a picture of the sign. I thought Hops and Grain Brewing was a cool name. I don't remember what I tasted from them. 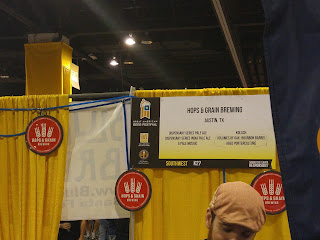 This place had this sign that said "Wild Sour Funky Beer". But none of the the beers they were pouring were wild or sour or funky. 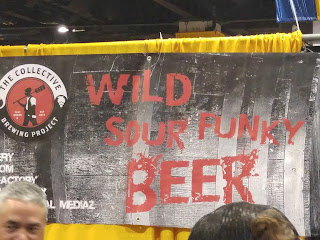 I did not try the "World's First Cannabis Infused Craft Beer", but I thought it was worth taking a picture of. 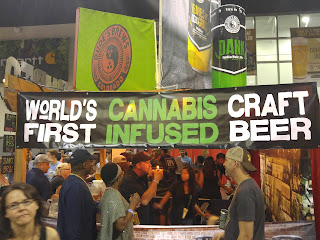 And, of course, we had many many other beers during the night. Lots of fun. 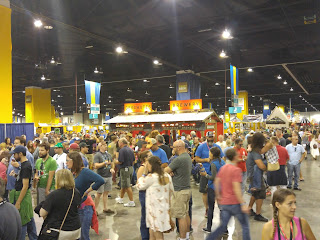 If you want to look at any of my GABF beer posts (including this one), check out Sheppy's Blog: GABF