So, I've become a little obsessed with fitbit.

My employer started a "pilot" program "Walking Challenge". As part of this program, employees of the company were given discounts on fitbit trackers. The company also paid $50 for each fitbit bought through the program.

Then, each person who wanted to join the program was divided into a team. There were something like 550 people divided into 22 teams across 3 locations (I work for a big company).

When I got my team assignment, I started talking trash with a couple of my co-workers and told them my team was awesome and theirs sucked. We made a wager between our two teams. I was putting up homebrew. I don't really remember what the other team wagered.

Unfortunately, after starting off fairly well, my team (Team 7 ... Take a Hike) has really sucked. The other team (Team 8 ... Happy Feet) isn't doing a whole lot better, but they are doing better enough that it does not look like we will catch them.


Oh well, I guess I have to brew some beer.

I came up with a recipe in the British Best Bitter category (Category 11. British Bitter), which is new in the 2015 style guidelines. Before, Bitters were shoved into the Category 8 — English Pale Ale.

I thought an English Bitter would be appropriate for the way I feel about how the rest of my team let me down.

Take a look at the recipe:

I brewed this Sunday after getting a 65,000 step day on Saturday (which barely made a dent in the team standings). 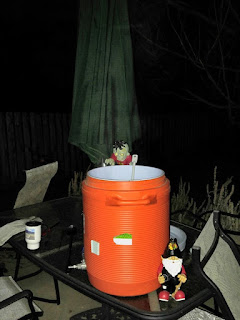 My mash temperature got a little high for a bit, but I am ok with this being full bodied and low alcohol. 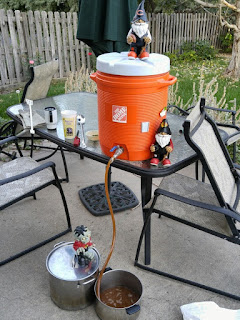 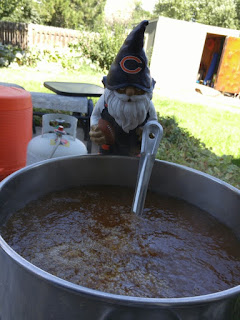 I didn't cool the wort quite as far as I usually like to, but I don't think that will be much of an issue. 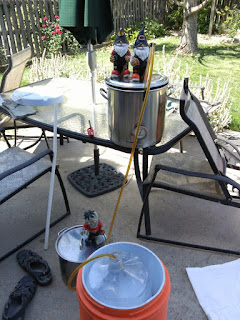 Once the fermentation is complete, I will bottle a dozen or so bottles, and save the rest of the beer for myself. We'll see how team 8 feels about Best Bitters.

I'll try to let you know how it goes.

I also kegged and bottled Apricot Lovin' American Wheat Sunday. I added about 3oz of Apricot Beer Flavoring Extract into the keg, and then bottled from the keg. I used carbonation tabs for these bottles. We'll have to see how those turn out. 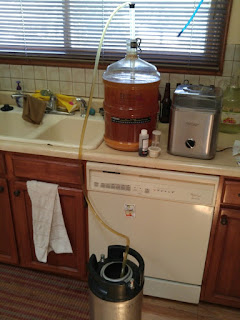 I may bring a couple of these to the Happy Feet team member as part of paying off my bet in case she doesn't like the bitter. Who knows?

The sample I tasted of Apricot Lovin' Wheat does have a little more Apricot flavor than I would like, but I think The Beer Model will like it that way.

I guess we shall see. I'm thinking that this should be carbonated enough to try this weekend.