A couple weekends ago, I discovered that a couple of our geocaches had gone missing.

If you are wondering what a geocache is ... feel free to dig through this blog at Sheppy's Blog: Geocache. If you are still having trouble with the concept, check out Geocaching 101.

Anyway, I was checking up on my geocaches (as I do from time to time) in the Pence Park area. The first one I checked on was Sheppy McShepardSons (take II). It was not where it is supposed to be. To be honest, of all the geocaches that I've hidden, this is the one that I thought would be the least likely to go missing. I guess I was wrong. This did not make me happy.


But, I disabled the cache and continued checking on my other caches in the general area.

McShepardSons Waypoint 1 was right where I expected it to be. It was probably hidden better than it had been when I had last checked on it.

McShepardSons Off-Trail was also missing. This one is sort of small, so I thought maybe it had just been placed in a slightly different spot or had somehow rolled away from its little hole. I spent quite awhile looking around for it. I didn't find it.

McShepardSons Waypoint 2 and McShepardSons on Independence Mountain were in place where they were supposed to be to.

I was not real happy about having 2 out of the 5 caches in this general area being muggled, but it is part of the game. Sometimes caches go missing. 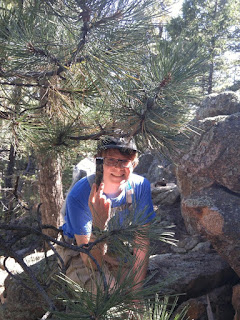 It took me awhile to find and prepare suitable replacement containers for the two missing caches. The family and I finally were able to go out and place new containers this past weekend. 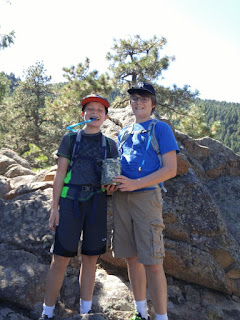 We actually started with McShepardSons Off-Trail. Before it went missing, it was a micro-sized container with only room for a pencil and a little log book. The new one is bigger and has some trade-items inside. There is actually room for much more in there as well.

Because it is bigger than the old one, we switched the location. Hopefully this ends up staying in place. 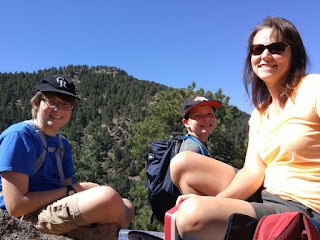 Hopefully, the muggle who removed the old one doesn't return and steal this one too. Since it is in the exact same spot, I'm a little more concerned, but it doesn't really help to worry about it, so we'll see how it does. 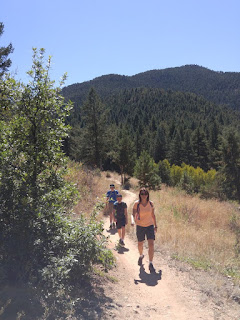 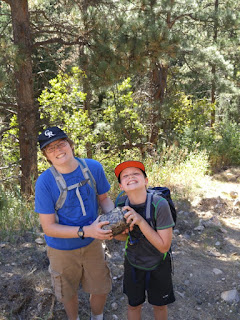 And so now all of the family geocaches are enabled and ready for people to find again.

If you are in the area, feel free to come and sign the logs.