It does follow my basic philosophy about Saisons, though. Of course, I use Wyeast 3711 French Saison yeast ("The Real Super Yeast"). It isn't overly high in alcohol or saison funk. And it gets its flavor from real beer ingredients. 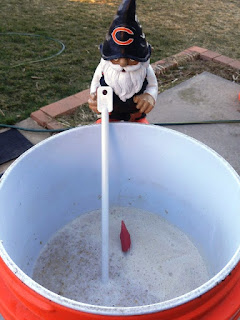 Brew day went smoothly. No issues in the mash. 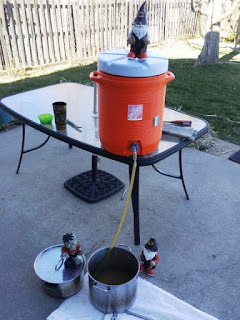 No issues during wort collection. 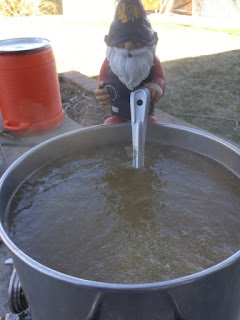 I did end up with higher gravity than I expected. Easily fixed with a little dilution.

I've been fermenting the past week. I'm fermenting lower in temperature than most people brew saisons, but that is SOP for SheppyBrew. I get a lot of nice noble hop aroma when I take a whiff out of the air-lock.

I expect to keg the batch next weekend and start drinking it shortly after. 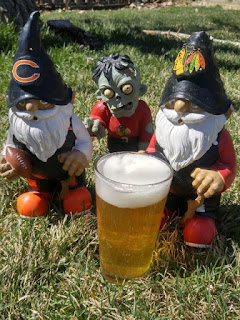 After the brew day ended (or was almost done anyway), I had a few SheppyBrews in celebration.

Ello Poppet Czech Pilsner is really starting to clear up, and the hop flavor/aroma has been awesome since I've been drinking it. Since this is a beer that the Beer Model also enjoys, it won't last long. 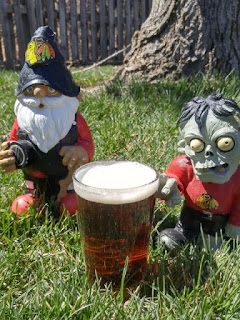 Ulterior Motive Amber Lager is now gone, and has been a great session beer for me. By the end, it was crystal clear. It was very drinkable. Nothing too extreme anywhere in this beer. I've been describing it as "Vienna Lager Light" since I designed it, and I still think that is a great description, although it is an all-malt beer so "light" might not really be accurate. 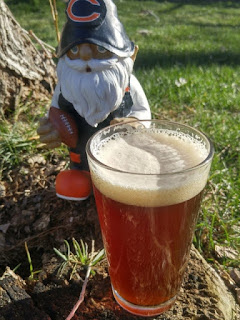 I've also been drinking Brother Bear Dopplebock. This is a beer that I should be letting age a bit, but I can't help myself. The image above looks a little hazy, but actually this beer has cleared up quite a bit just in the last week. Part of the reason I want to get Melting Stream brewed and kegged is so that I am not quite as tempted to drink the Dopplebock.