Recently, I decided that I wanted to brew something hoppy. I didn't really want to come up with a new recipe, so I went through some of my older ones. I thought maybe Tommy Hawk APA or Chelsea Dagger Pre-Prohibition Lager would be good ideas.

Then, something made me think about Mosaic Hops.

I've never used Mosaic. To be honest, I don't think I've tasted a beer with Mosaic Hops. I'm not even sure what made me think about them.


Also known as HBC369, Mosaic is the first born child of Simcoe. Some have described it as Citra on steroids, but it’s much more than that. Rich in Mango, lemon, citrus, earthy pine, tropical fruit, herbal and stone fruit notes.

It does sound like a hop that I should at least try. 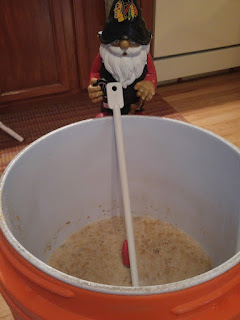 And I had this Hoppy American Pale Ale recipe that I've used before that had a simple grain bill that I thought would be a good showcase for hops:

The first time I made Muggled, it used Chinook hops that I had gotten from a table at GABF. But ... M is for Muggled. M is for Mosaic. It seemed like a fit.

Anyway, I changed the recipe to use all Mosaic in the beer. 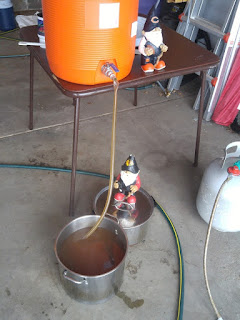 I brewed this recipe Sunday.

Sunday was one of those wonderful snowy April days in Colorado, so I brewed in my garage. 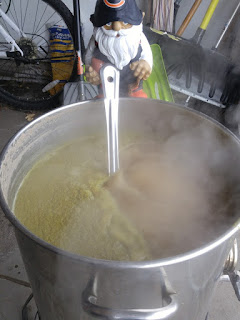 I got everything done relatively early in the day. Got to watch the Blackhawks. 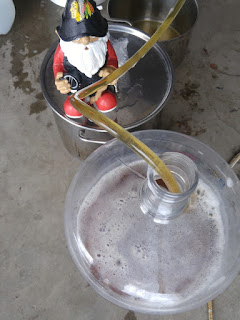 I really enjoyed the aroma of the hops in the boil. There was a strong mellon character that I loved. "Citra on steroids" did seem appropriate.

Of course we'll have to see what the final beer tastes like. Hopefully, I didn't over-do these hops. 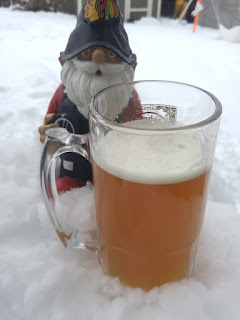 The beer took a little longer to start than I'm used to. Looking back at the history of the beer, I made a note of that last time I made this beer too. I think maybe the yeast doesn't like the low temperature I usually start off at.

The fermentation is rocking now, though. Think I might need to do a blow-off tube.

And the smell of hops through the airlock is wonderful.

I'm not sure I'll have a keg available, but I'm hoping to be able to drink this beer in mid-may.