In the 2008 version of the BJCP Guidelines, Scottish Ales were in a category with Irish Reds.

In the 2015 version, Scottish Ales had their own category. I've brewed an Irish Red, to satisfy the 2008 category, but had never brewed anything in the new 2015 Category 14, Scottish Ales.

So, yesterday, I brewed a "14B: Scottish Heavy". You can see the recipe on the SheppyBrew website at: 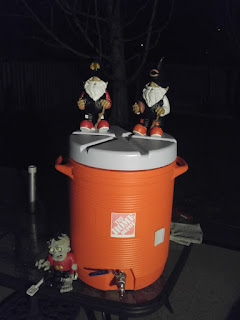 This was an early-morning brew. In fact, I had it mashed, boiled, and chilled before the early church service.

Everything went well with the brew day. The only minor issue is that my pre-boil gravity was pretty high. This has been an issue for most of my recent beers. Not sure why. I simply dilute the wort at the beginning of the boil to correct for this. No big deal. 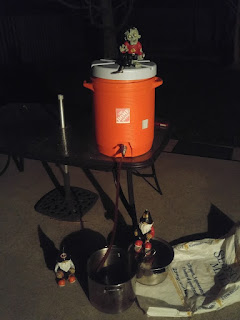 The beer itself will be pretty low in alcohol, but should be pretty big on body and caramel flavor. It is very balanced toward malt, using hops only to balance out some of the malt sweetness with some hop bitterness. 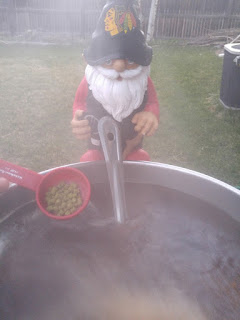 The name "Mor'du" comes from the Pixar movie Brave. Mor'du is the 13-foot-tall "Demon Bear" that attacks the villagers. There is nothing really "Demon bear" about this beer, but Brave did take place in the Scottish Highlands, so it is likely the bear drank its share of Scottish Heavies. Plus, I think it is a cool name for a beer. 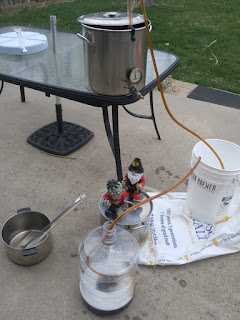 Currently, the beer is fermenting. I don't think fermentation will take real long, and I should be sampling it in a few weeks. We'll have to decide how long to let it condition based on how it tastes when I try it.