M is for Mockery Brewing Company 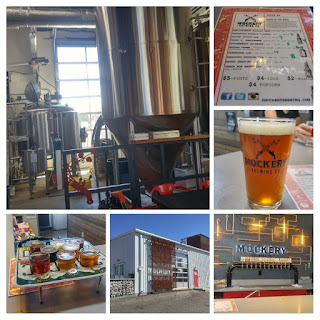 I has only been about a week since I posted L is for Little Machine Beer.

This blog post marks the shortest turn-around between articles in my A to Z Denver Breweries series.

The most recent one was L ... L is for Little Machine Beer.

If you know your alphabet, you probably can figure out that the letter M is up next.


M is for Mockery Brewing Company 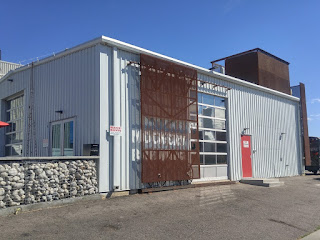 "The only thing we take seriously is beer"

Mockery’s brewing philosophy started out simple, delicious and unique. We didn’t want to adhere to any restrictive beer laws or specifications, but rather focus on bold flavors and quality beer we enjoyed to brew. 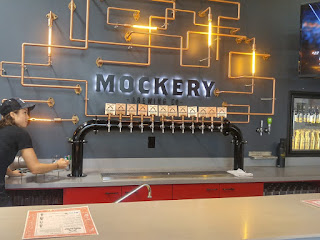 Mockery is located in the River North area of Denver at 3501 Delgany Street Denver, CO 80216.

They are in a cool little modern-looking garage space. It has a cozy neighborhood vibe with seating both inside and out.

There were not very many people there just after noon on the Sunday I stopped in, but I suspect that it is usually pretty crowded and busy. 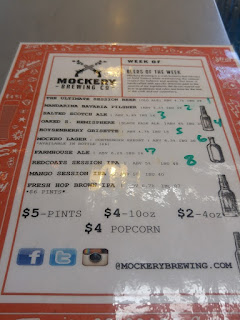 I got a flight of 10 beers, which was all that they had on tap. Slightly different than what they have on their "on tap" page. 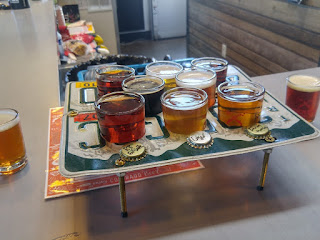 In case you couldn't tell from my descriptions, I really liked all the beers. I thought their "Session IPAs" were excellent. Most everything else was great too. The Boysenberry Grisette was the only beer that I didn't really care for, but as I mentioned above, I bet lots of people love that beer. I would be willing to bet that it would be my wife's favorite.

I enjoyed sitting at the bar. The televisions had NFL Red Zone on. I actually got to see a fair amount of the Bears beating the Lions.

How pathetic are the Lions if the Bears can beat them? 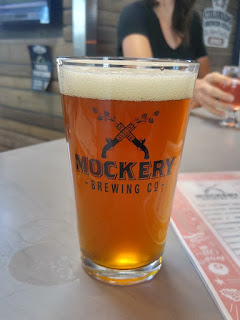 This is another great Denver brewery. I am sure I will try to return at some point if I find myself in the River North area.

I suggest you stop in and try some of their beer as well. 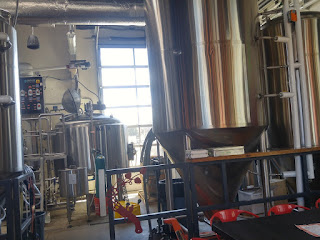 There are a couple of cool activities listed on their website that I thought I would share ..


At some point I may take advantage of these.

I have a brewery in mind. Hint ... it is a new brewery. It had its Grand Opening on October 1st.

Care to guess what it is? Leave a comment below.

As always, you can find out what I pick for "N" (and the rest of the alphabet) by bookmarking "Sheppy's Blog: A to Z".