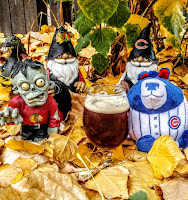 So, if you follow this blog at all, you have probably picked up that I am a Chicago Blackhawks and Bears fan.

I'm a Blackhawks and Bears fan because I lived in the North Suburbs of Chicago-Land when I was in Jr. High and High School. My parents still live over there.

I'm not really that much of a baseball fan, but I do enjoy going to games. And I do usually watch parts of the MLB Playoffs and World Series.

And if I were to say I'm a fan of any baseball team, it would probably be the Cubs (unless and until the Rockies ever do anything that makes me think they might someday have some sort of chance to make the playoffs).

And this year (as I hope you know), the Chicago Cubs had a very good year.


They won their first World Series since 1908. They are no longer the team with the longest no-championship streak. 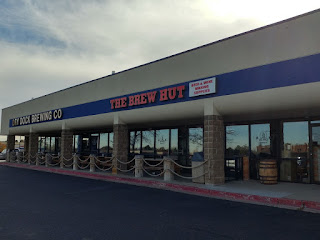 When the Cubs made it to the World Series, I decided to make a beer to help celebrate the 2016 Cubs. At the time, I didn't know that the Cubs were going to win, but I thought making it deserves celebration too.

I decided to design it as a Munich Dunkel. Earlier this year, I made Brother Bear Dopplebock. I figure a Dunkel is basically a baby Bock ... just like a Cub is a baby Bear. 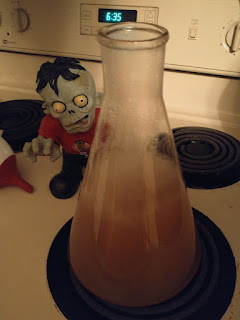 WLP 940 ... Mexican Lager is my favorite lager yeast. I thought it would be ok to use it rather than a more traditional German yeast for this beer.

It is the first time I've used the new White Labs packaging. Pretty exciting that.

I meant to make a starter, but I woke up on brew day and realized I had not made one. So, I quickly started one up. It will be interesting to see if I notice any kind of difference when I drink it. I sort of doubt it. 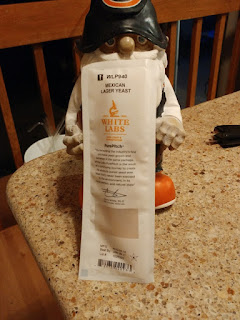 Other than the late - starting starter, the brew day was pretty typical. 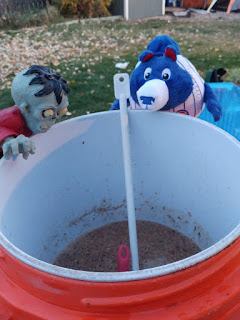 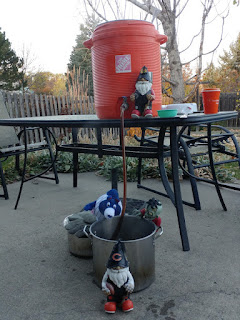 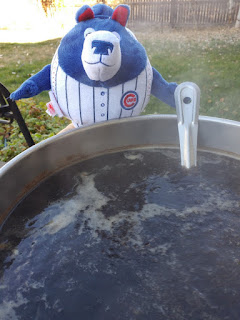 I was pretty much done with brewing by early afternoon, and treated myself with a Laser Salt. 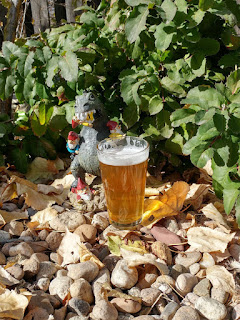 I pitched a bit later in the afternoon. 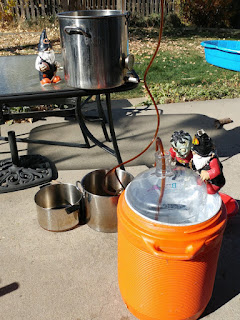 Fermentation was going great the next day. I put in a blow-off tube, but it turns out I didn't need it.

It appears to be going well. I'll probably either move the beer to secondary or a keg next weekend. I don't expect to be drinking this until well into December.

Maybe I'll even invite over some Cubs' Fans to help me drink it.


Keep an eye on the regular SheppyBrew Channels to see what is happening with this beer (and many others): SheppyBrew's Facebook Page; Sheppy's Twitter Feed;SheppyBrew's Instagram Page; and SheppyBrew's Website. Of course, don't forget to visit this blog often as well!

To be honest, I'm a little sad that the streak is over. I was looking forward to making fun of the Cubs and their 109 year drought. 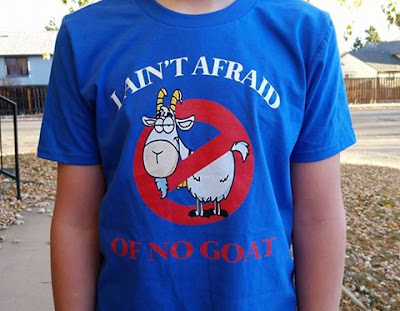