Chelsea Dagger is the Fratellis song that gets played whenever the Blackhawks score a goal or win a game.

It is also a SheppyBrew Beer that I brewed after the Blackhawks won their 3rd Stanley Cup in 6 years.


It was one of those beers that really surprised me how much I loved it. The cluster hops really taste good in the light bodied lager.

So, I brewed it again this past Sunday. 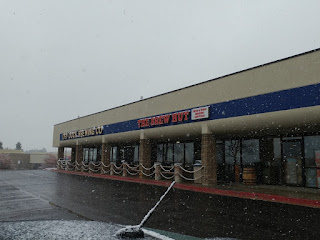 I harvested the Mexican Lager Yeast from the Cubs Win Dunkel and made a starter with it on Saturday. 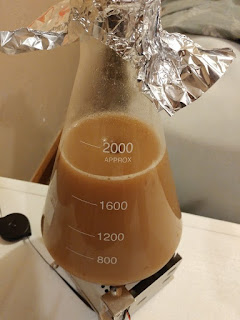 I got started a bit late for me. I got the mash going before heading off to church. The enzymes apparently don't need me around to do their thing. 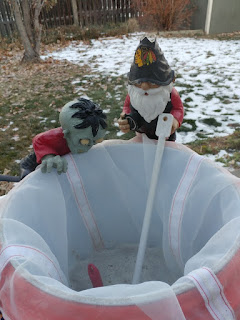 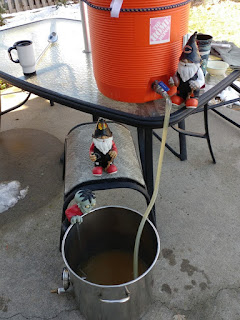 No issues with the boil. 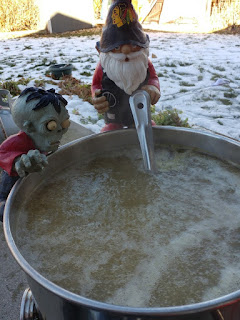 Used ice to chill down the wort to around 50F. 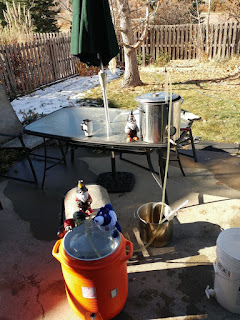 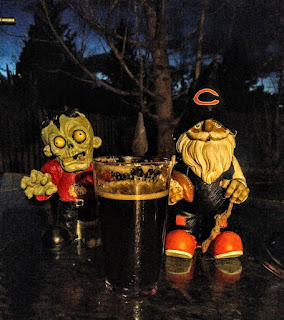 I will most likely be pushing this beer through pretty quickly. Now that things have started, I'll probably let the temperature rise as it wants to.