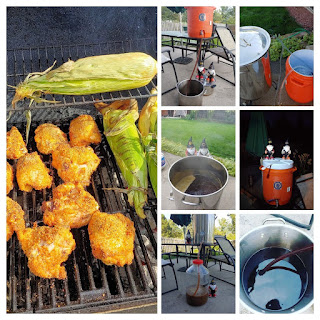 A couple months ago, my family visited Gulf Coast Alabama to meet my wife's family for a Family Reunion Type thing.

I am not the sort of person who can lie on the beach or by the pool for vacation. I have to be moving around at least a little.

Most of the rest of the group doesn't have the same problem with just sitting around.

So ... I spent quite a few hours walking the beach by myself.

Quite often while walking around, my mind starting wandering to thoughts about brewing.

I was also quite fascinated with watching all the brown pelicans.

I thought it was cool how they fly in formation. And, when they dive into the water, it was downright awesome.

Anyway ... a couple years ago, I brewed a beer honoring my fascination with the Colorado White Pelicans (my name for them) called Colorado Pelican Australian Sparkling Ale.

I got to thinking that taking the Sparkling Ale recipe and darkening it up a bit would be a way to extend the theme of the "Alabama" brown pelicans from the "Colorado" white pelicans. 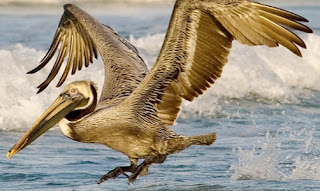 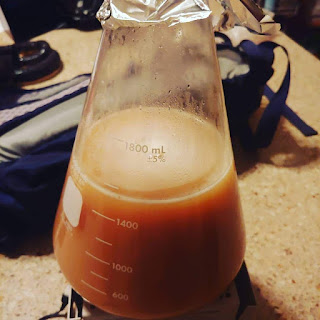 Anyway ... I made a starter on Saturday and brewed Alabama Pelican Brown Porter on Sunday.

Everything went pretty well. I got the mash started around 5:30 AM. 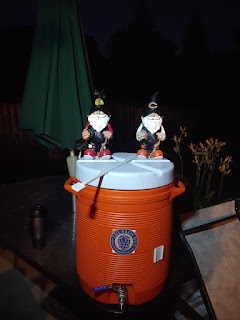 The pre-boil gravity and volume was pretty much right on. I got everything added to the boil at the right times (or close enough). 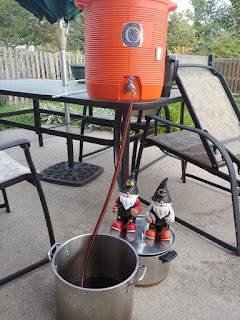 I loved the way the wort smelled. I think I will really like this beer. 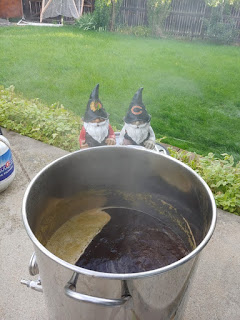 The one thing that could have gone better is that I melted a hole in my output tube on the wort chiller. I accidentally placed it too close to the burner, and the heat burned a hole in it. Stupid, but sometimes those sorts of things happen. 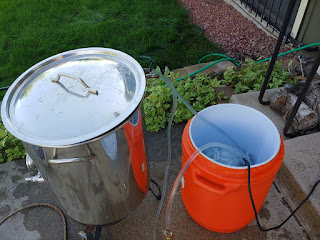 I was able to patch it up (enough) with duct tape to get the wort down to 100F or so.

After that, I switched to the old pond pump, recirculating ice water ... which requires less tubing. I'll have to remember to get a new tube sometime before I brew again. 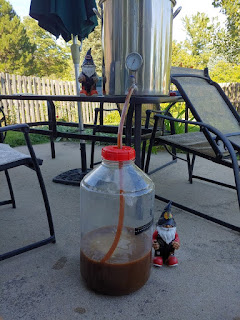 I got the yeast pitched and fermentor placed in the basement around 10:30. My OG was a bit low, but I'm ok with that.

I grilled some chicken and corn later in the day. 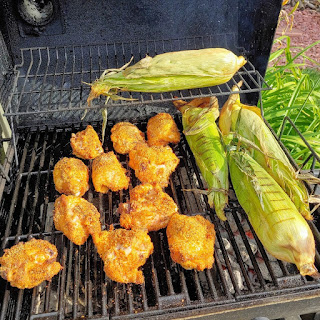 The fermentation started up fine sometime between pitching time and the morning. The tilt says that the gravity has dropped about 10 points already.

I'm really looking forward to trying this beer in a few weeks.