G is for Goldspot Brewing Company 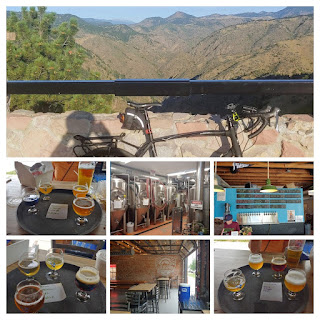 If you were following along during the D, E, F posts, you might have thought I was going to knock of a "G" Brewery at the same time.

A short block away from De Steeg is The Grateful Gnome Sandwich Shoppe and Brewery.

And ... if you look closely at the collage on each of the D, E, F posts, you can make out a flight that shows the logo of Golden City Brewery.

While both are great "G" breweries, we've been to both, so I could not use them for my A to Z Denver Breweries Project. It just isn't allowed.

Unless I changed the rules.

So ... you know two breweries that I didn't use.

If you remembered my first time through the alphabet or wanted to look it up, you would have known that I wouldn't pick Great Frontier Brewing Company, because I've already done that one.


Goldspot isn't terribly far from the D, E, F breweries, so we probably could have made it on the same day ... but quite frankly ... we were done with breweries after visiting three of them in one afternoon. 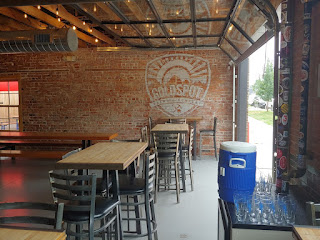 From The Denver Brewery Guide:


"Goldspot really stands out in the heart of Denver's Berkeley neighborhood. This is an urban area, near I-70, but relatively quiet. This craft brewer brought new energy to the area that dovetails nicely with the vibrant community of nearby Regis University. There is a free-flowing, local vibe happening here in an intimate, classy tap room. Goldspot has even established ties with Regis, bringing on board a brewing intern from the university's recently-created brewing program." 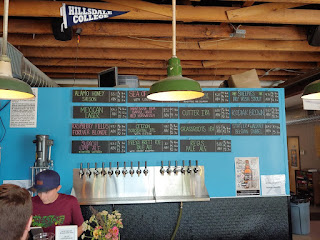 It is a nice little neighborhood spot close to Regis University. It doesn't serve food, but there are close restaurants that you can order take out. 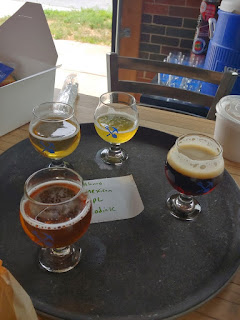 The wife got sandwiches at The Noshery next door while I ordered our first flight. 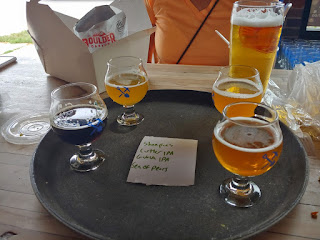 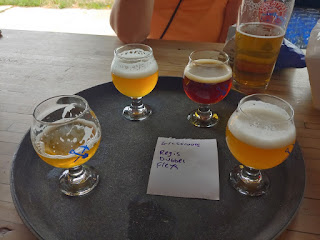 
I REALLY enjoyed all the beers, and gave them almost all of them over 4 stars on untappd. The one that I only gave 4 stars to was the Guava IPA, but I enjoyed that one too ... just not as much as the others. 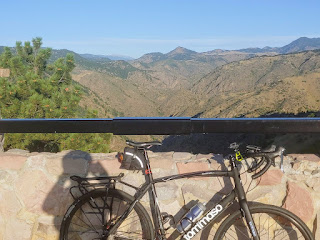 I am really a fan of this place and suggest you give it a try.

I think there is only one "H" brewery in the Denver area that I have not visited, so I don't have much of a choice on what brewery I visit next.

However ... I will continue to look. Will I find another?

If you have a suggestion, please leave a comment below. I'll also need an "I" brewery, because I think there is only one of those in the Denver Metro area, and I've visited that one already.

You'll have to wait and see what I come up with... keep an eye on Sheppy's Blog: A to Z to find out.