G is for Great Frontier Brewing 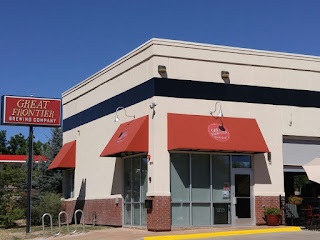 Mike Plungis, Great Frontier’s Founder and Head Brewer, started out as a homebrewer. This is pretty standard for how the typical small brewery is born.


Mike, however, has a bit of a unique story in that when his wife was diagnosed with with Celiac disease, he was inspired to pursue brewing Gluten Free beers. He even teamed up with a local professional brewery and won a gold medal in the 2011 GABF competition. Impressive.

The first letters in Great Frontier are GF intentionally, to recognize the Gluten Free beers Mike specializes in producing. 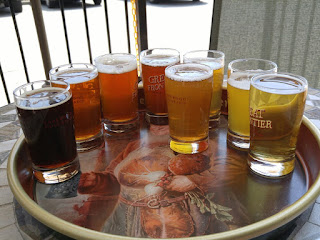 So, Mike has Gluten Free beers on tap. These use Sorghum, so I don't really like them, but many people do.

He also brews "Gluten Reduced" beers using White Lab's Clarity Ferm (aka Brewers Clarex), the "Gluten Killer" I have mentioned several times on this blog. To my pallet, these are much better.

And then, he brews "Traditional Beers" as well. 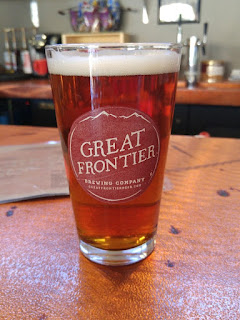 He is a well-rounded brewer. 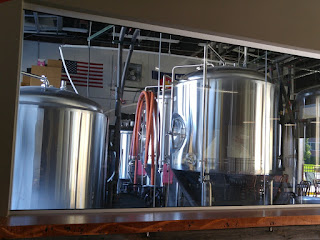 I have a personal dislike of Sorghum, but some of the people I talked to in the tasting room, even some who don't have any kind of gluten intolerance, say they liked the Gluten Free beers. I'm not sure I believe them, but we'll give them the benefit of the doubt.

All the Gluten Reduced and Traditional beers I had are wonderful. (I did have at least a sample of every beer he had on tap) 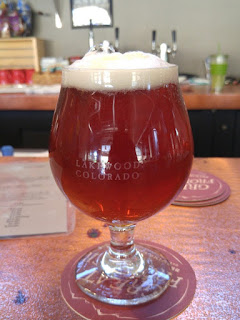 It is a cool little tap room. The staff is friendly and Mike is completely willing to talk home-brewing with you. He even gave me a little tour of the brewing area.

Best of all, the brewery is a short (less than) 5 mile bike ride from my house. 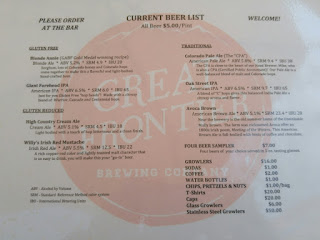 He doesn't serve food, but food trucks are often on site.

Stop by. Try some beers. Bring home a growler for any loved ones with any type of gluten intolerance.