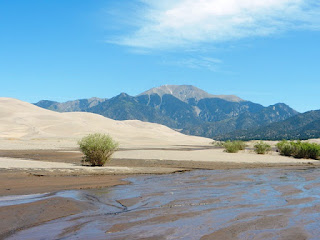 As you may remember, my hot beautiful SheppyBrew Beer Model brewed up a batch of beer about a month ago (see Brewing the Laser Salt). We thought it would be fun to bring a keg with us to the Great Sand Dunes National Park where we had been invited to join a bunch of people at one of the group camp sites.

We were invited by our gluten-sensitive friend "Gretchen" whom I have mentioned quite a bit on this blog when writing about my Gluten Free brewing. She is also the person for whom I brewed Free the Glutens! APA.

While she has been very complimentary about FTG, there is something about it that just seems "off" to me about that beer. The Brown Rice Syrup I used as its base just doesn't taste right to me. The beer doesn't quite taste like a beer. Because of this strange flavor, I have always (since I started looking into brewing Gluten Free) been interested in trying  White Labs' "Clarity-Ferm".

"Clarity-Ferm" is an enzymatic product designed to clarify beer by breaking down proteins that would contribute to beer haze. As sort of a side effect, it breaks down the gluten protein in barley, making it very interesting to people who cannot break down gluten proteins by themselves.

So, theoretically, by using Clarity-Ferm, a home-brewer such as myself could brew a "real" beer with the gluten proteins reduced to the point that no measurable traces of the gluten monsters were still present. You could Kill the Glutens.

There has not been enough study to say with certainty that a beer made with this enzyme is actually safe for celiacs. In fact, just the day before we left to go camping, I saw that the TTB recently made a ruling on labels using this method to get rid of gluten in beer (see the TTB press release: TTB Issues Ruling on Gluten Labeling for Alcohol Beverages). Basically it says that a brewer using this method of reducing gluten proteins cannot call their beer "Gluten-Free" and must call it Gluten Reduced. This is the ruling pending further research. 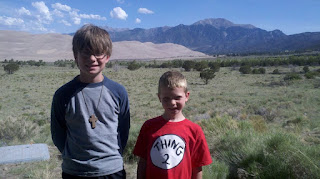 Anyway, the Beer that the SheppyBrew Beer Model and I brewed (Laser Salt Sandy Blonde Ale) used Clarity Ferm, and "Gretchen" agreed to be a guinea pig and try the beer. Just as a reminder, "Gretchen" is not a serious celiac, and so she was only risking a little discomfort. This is not something I would ever ask anyone who might have a serious reaction to try. I'll let someone else take on that experimentation.

So, this past weekend, we packed up our minivan with camping equipment and brought along our 5 gallon corny keg of SheppyBrew's  Laser Salt Sandy Blonde Ale. "Laser Salt" is an inside joke between my wife, me and a very few other people. I keep wondering if anyone will leave a comment on this blog or on SheppyBrew.com asking about the name, but no one has, so I guess it will remain a secret.

My wife (err... I mean the SheppyBrew Beer Model) and I tried the beer the Thursday night before we left for the trip. I thought it was extremely good. It is probably my best in this general style of beer. It is certainly my lightest colored beer, and it was crystal clear (apparently, the Clarity Ferm did its job of clarifying the beer).

It had a nice rich marris-otter malt flavor with a touch of oats coming through. There were just enough flowery crystal hops in the flavor and aroma to let you know they are there. The beer was crisp and clean, and balanced. Nothing overpowered the beer. It was just pleasant to drink. I knew it was going to be a hit with the camping group.

And, of course, it was. Everyone who tried it said nice things about the beer, and it was consumed before the end of the weekend.

"Gretchen" said she really liked the beer. Unfortunately, she was drinking a Mike's Hard Lemonade when we got there. Apparently, she didn't know until that moment that Mike's Hard Lemonade is a malt beverage and does contain gluten. She was starting to get a bit of a reaction to it, and so she was not going to be a very good guinea pig for the lack of reaction of the SheppyBrew beer.

"Lauren" had a fair amount of the beer over the weekend and reported that she felt no ill effects. She told me that had there been gluten in the beer, she would have felt something. At the end of the weekend, she told me she had not had a beer in years, and was glad to have been able to have some on the camping trip.

This makes me feel like my little experiment was a success. We succeeded in killing the gluten monsters in Laser Salt Sandy Blonde Ale. 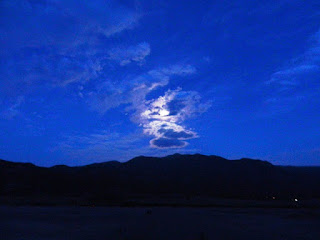 Obviously, this is far from a conclusive scientific experiment. I would never suggest a serious celiac try this beer based on this result. However, I do feel confident offering "Gretchen" and people like her this beer.

Now, of course, I need to brew something new. I am hoping to brew this coming weekend, but I don't know what the next batch will be.