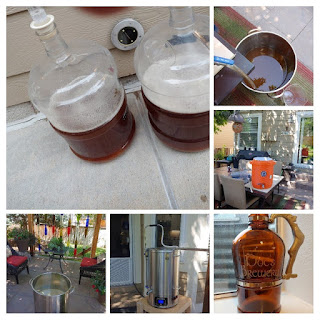 So ... I was talking to my homebrew friend "Du" and both of us thought it had been too long since we've brewed.

We contacted our other homebrewing friend, "Doc" and made a brewing date for August 11th.

"Doc" was kind enough to host the brew day. You may remember "Doc" from such hits as

It is now becoming "a thing" when I go to other houses (usually "Doc's") to brew. It is fun, but I always feel like I'm forgetting something I'll need. It is also a pain to clean up afterwards. 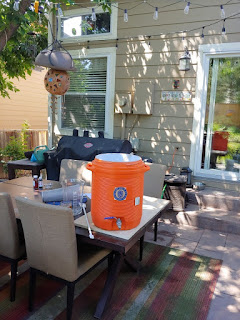 I decided that I would brew a Hoppy Pale Ale, and went with a recipe that I've brewed before ....  Muggled Pale Ale.

"Du" brewed a Vanilla Cream Ale. "Doc" brewed a "Caribou Slobber" extract kit that he had gotten from Northern Brewer. 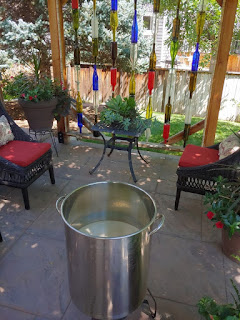 I always cheat when I brew at other houses ... getting my mash started before I leave the house and so I am usually about ready to collect wort when I get there.

This means I usually am ahead of everyone ... but eventually they all catch me. 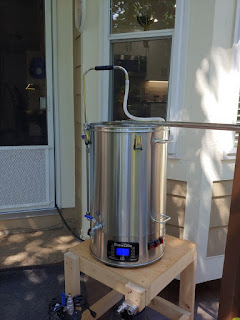 The brew day went great. "Doc" gave us as much homebrew as we wanted and made us burgers as well.

"Doc" and I finished well ahead of "Du", but in the end we ended up with about 15 gallons between the three of us. 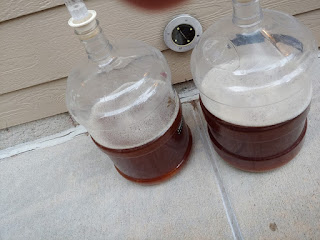 I'm sure we'll get together to drink our beers together. 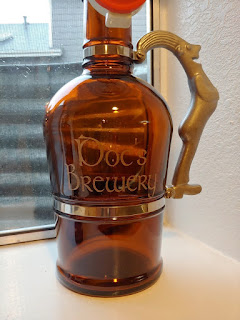 I think I've decided that next time I brew at someone's house (we are thinking it is Du's turn) ... I will follow "Doc's" lead and brew an extract batch.

That way, I don't have to remember quite as much equipment, and there is less clean-up needed.

Be sure to stay-tuned on this blog to find out if I remember this next time I brew.