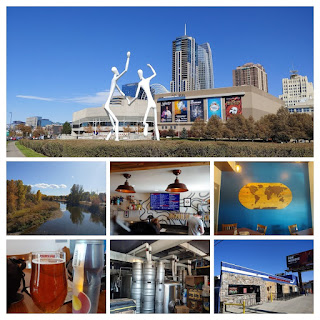 To be honest, I'd never heard of this brewery before coming across it for this blog post. The name and description intrigued me.


This brewery brings daring flare to your beer tasting experience because they bring in influences and unique ingredients from across the world. You will find their beers divided into three categories: "Traveler" beers are relatively basic and straight-forward. "Explorer" beers are more complex. And the "Sojourner" beers are higher ABV. The beers they feature most often are their Lavender Tripel, Basil IPA, and Chamomile Hefe-Wit. The tasting room is bright and lively, right around the corner from the main drag of Denver's Santa Fe Arts District. 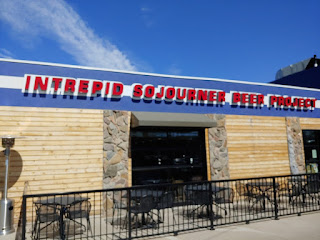 I had to check it out. I'm glad I needed an "I" brewery so that I had the opportunity to come across this one.

The brewery is located at

And as the description says, it is right around the corner from the main drag of Denver's Santa Fe Arts District.

But, I rode there on my bike Saturday. It is about 15 miles from the SheppyBrew Brewery, but I rode further downtown and hit the tap room on my way back. 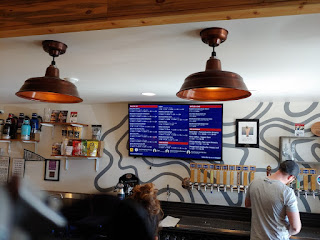 It is a small cozy little tap room. It was fairly busy for an early Saturday afternoon.

There were tons of beers on tap, but I was still miles from home and had already had beers at a previous brewery (J brewery maybe), and I decided to get just one pint of their Paris Pear Saison. 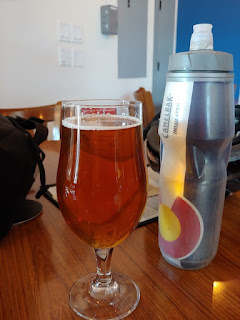 The Paris Pear was great. The pear really came through and complimented the french saison flavor nicely. I could have happily have had several of that beer. 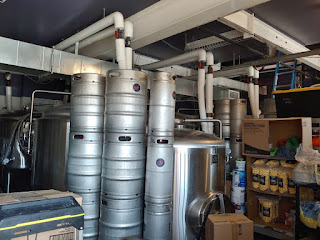 I have seen articles about the brewery that this tap room / brewery area is up for sale so that the brewers can concentrate on increasing their footprint across more of the country. It sounds like they are planning to "Nomad Brew", which seems a little backwards from how most local breweries go.

I wish the owners luck. 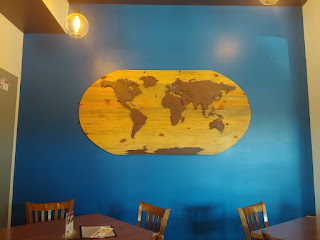 In the meantime, though, check this little place out.

I will certainly try to get back and try more of their beers sometime soon. At the very least, the Beer Model will likely be upset that I didn't take her, and she'll want to check it out.

I hinted at it above, but just so you know, I also picked up my "J" brewery on this Brewery Bike Ride. Stay tuned to see what I picked. (Although if you know the Denver brewery scene, I'm sure you can probably guess).