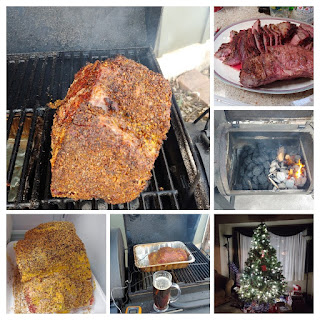 Last year, I smoked a Christmas Ribeye Roast, and my wife wanted prime rib again this year, so we decided that I would smoke one again for Christmas dinner.

The process is fairly simple.

Smoke low and slow for a few hours until the internal temperature is a little lower than you want it to finish at.

Sear the roast on all sides to get a nice crust on it.

Let it rest few minutes and then slice it up.

Just like last year, we got a 6ish pound Ribeye Roast on sale at our grocery store a few days before Christmas.

Just like last year, I trimmed up some the fat and applied a rub to the roast on Christmas eve. 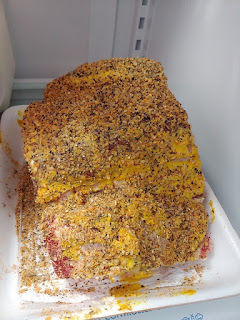 Just like last year, I filled the smoker's fire box with charcoal, added some hickory chunks and got the fire started. 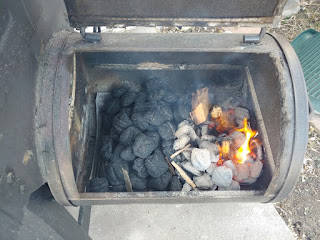 Just like last year, I let the meat smoke. This year, I kept the temperature a bit lower, and went a little longer. I also started earlier. 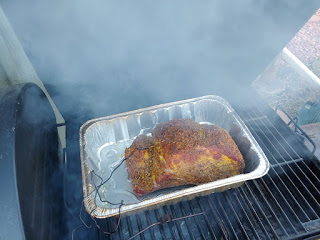 Just like last year, I had a beer or two while cooking. 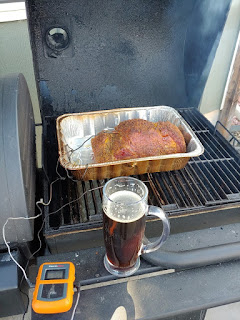 After about 3.5 hours ... once the meat got to 125 internal temperature, I seared every side of the roast for a few minutes. 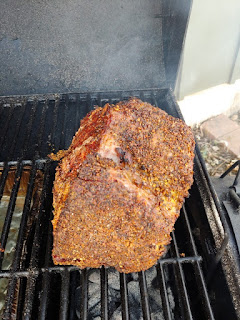 Then, I sliced and served. 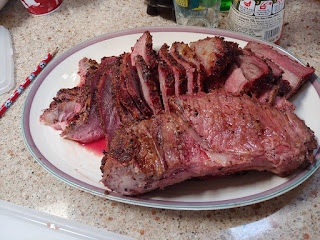 The prime rib was delicious. I thought there was the exact right amount of smoke and the crust was wonderful. The meat was a little closer to rare than last year, which made it even better.

Ideally, I think we would have made one slightly bigger, but it turned out to be enough. I even had a couple of slices for lunch the next day.

Hope you all also had a great Christmas and will have a great New Year.