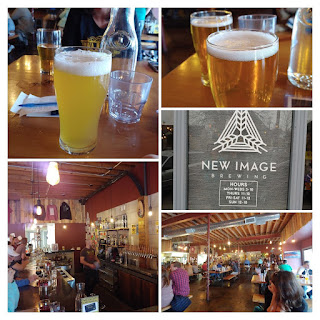 As you probably know if you follow this blog semi-regularly, I have made it my quest to visit more Denver breweries.

Back in 2015 ... I noticed that if you look at a list of Breweries in the Denver area ... most of the alphabet was covered in the fist letters of Brewery names.

In January of 2019, I finished with "Z" (Z is for Zuni Street Brewing Company)

And, this year, I've started over at A is for Alternation Brewing Company.

I call it my my A to Z Denver Breweries Project, you can follow along by bookmarking the link.

Remember M is for Mirror Image Brewing Company? As you can tell, I'm working my way through the brewery alphabet much faster this time than the first time.

"I have an "N" brewery picked out. Stay tunded on Sheppy's Blog: A to Z to find out what I pick."


Not only did I have one already picked out, but The SheppyBrew Beer Model and I had already visited the brewery when I wrote that. 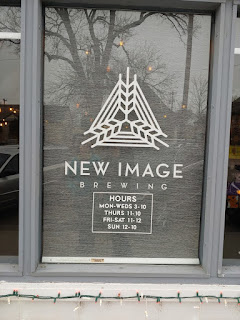 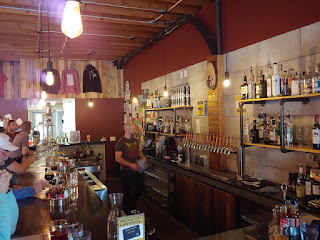 We stopped by after lunch on a Saturday afternoon, and walked into a fairly packed tap room. They have the German-style-beer-garden type seating with beautiful wooden tables.

Really a great location and a wonderful atmosphere for a brewery tap room. 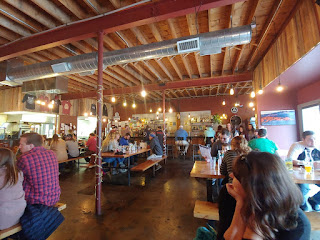 We didn't have a lot of time, so we only got a couple of pints rather than our usual flight.

I had a Helles that I thought was called "Olde Town Regular", but most of the documentation on the website and other sites show that as a Kolsch.

Not sure what Helles I got, but it was a nice beer.

I also had a "Single By Choice", which is a Single Hopped "New England" Pale Ale with Mosaic. Nice little 5% beer. 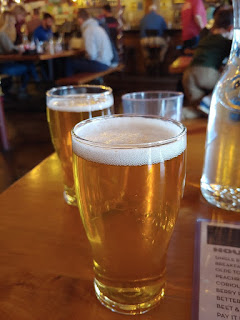 They had lots of beers on tap, and it looks like the line up changes fairly often. If you're curious ... they have a good "Our Beers" page on the site. 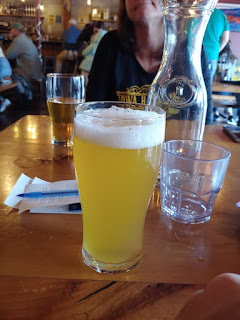 I really liked this place. Give it a visit. We'll have to spend some more time here at some point too.

Next up ... I do already have an "O" brewery picked out. Stay tuned on Sheppy's Blog: A to Z to find out what I picked.