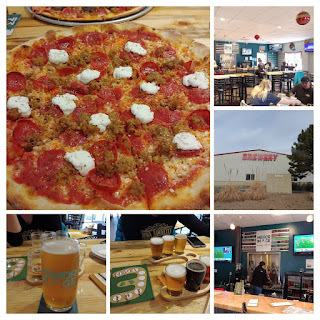 If you read L is for Lariat Lodge Brewing – Littleton, you know that finding an "M" brewery in the Denver area was going to be a challenge.

I already did M is for Mockery Brewing Company my first time through, and as far as I know ... Mockery is the only "M" brewery in what I consider the Denver area.

But, by expanding my search area, I was able to locate a few.

For this "M" brewery, I looked up in Federick, CO, which is up north of Denver, and a bit farther than I would usually travel just for a brewery

But, the Beer Model and I decided to go for a Lunch Date. Didn't really have anything else going on this past weekend. 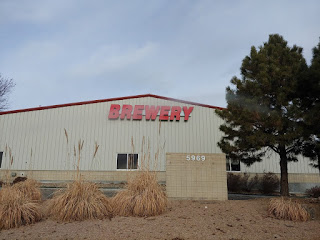 
Formerly known as Echo Brewing Company in Frederick, CO, Mirror Image Brewing Company is owned and operated by Theresa Schirner, Steve Schirner, Dennis Richards and Daniel Richards. When the Schirner’s joined the ownership team in February 2019, it was decided that a new image was needed to mirror the direction of the company. Thus the creation of Mirror Image Brewing Company, named after Echo’s flagship IPA. We are excited for new changes to our beer line up, events, and taproom. Join us in new beginnings, cheers! 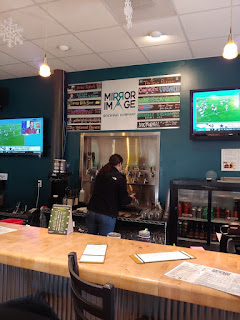 We got there right at noon, which is their opening time. For awhile we were the only ones in the tap room.

We started with a flight of beers ... 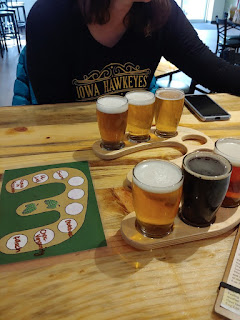 Note ... most of the beers are still listed as "Echo" in untappd. I'm not sure when they changed their name, but apparently it was recently enough that untappd clean up has not happened. 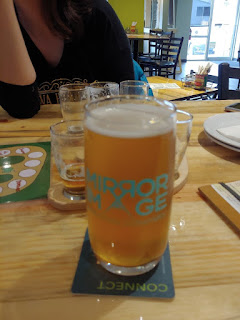 Mirror Image Brewing Company has a pretty decent food menu. We both had specialty pizzas that we thoroughly enjoyed. 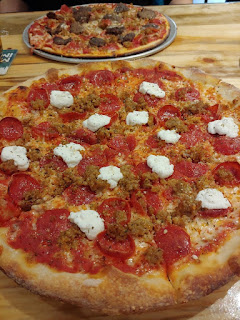 By the time we left, there were more people in the tap / dining room. 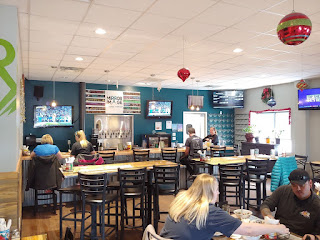 As I mentioned, I probably would not normally go this far for a brewery visit, but I was glad we went. If you find yourself in Frederick, Colorado, and need some food and beer, stop in.

I have an "N" brewery picked out. Stay tunded on Sheppy's Blog: A to Z to find out what I pick.