Halloween was a huge success this year.  Here are some pictures of the kids for your enjoyment. 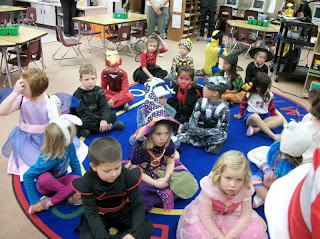 He is Darth Vader, but the school frowned upon "scary" masks for the parade, so he left his off.  Note the kid behind him is wearing a mask, but I guess Iron Man is not that scary. 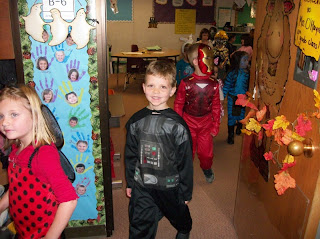 Ty's Class.  He is the wearing a scary mask in the back.  I guess it is ok in your own class. 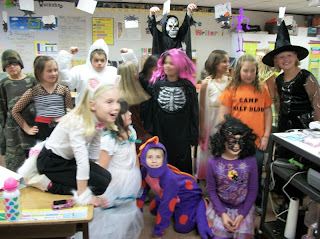 Waiting for something outside in costume. 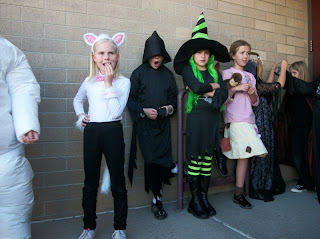 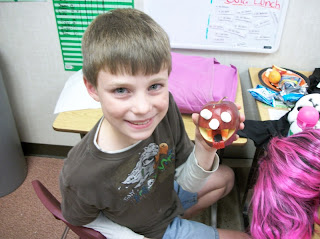 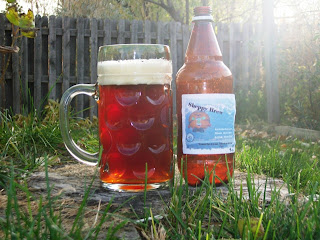 We had "Ghosts in the Graveyard" for supper Halloween night. 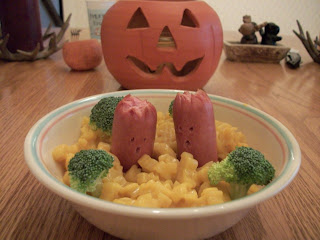 The trick-or-treaters before going out. 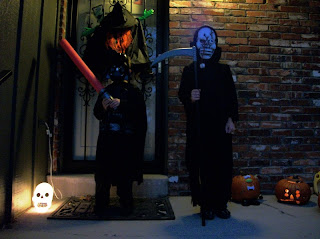 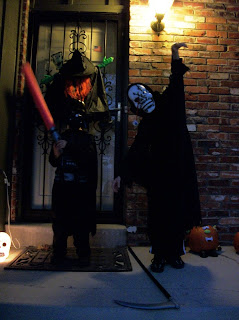 And, their Ninja friend from down the street joined them. 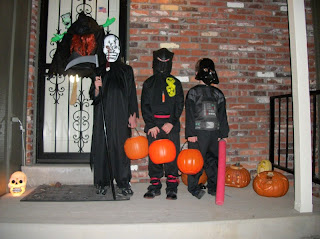 A close-up of the scary mask.  It actually looked cooler (and more frightening) in person. 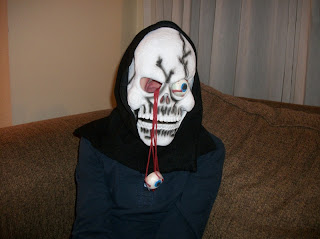 The kids got TONS of candy.  Even though Tyler could not have a large portion of the candy he collected, he got too much.  This year Mommy paid Tyler a nickle for each piece that he could not have.  Connor decided to sell some of his candy too.  Can't have big brother accumulate wealth without the little guy getting in on the action.
Posted by ESheppy at 11/02/2010 05:15:00 AM