I have not shared how my T.Ra.Sh. Light Mexican Lager brew day went.

I brewed it the Sunday before last, Brew day went great. Thanks for asking. 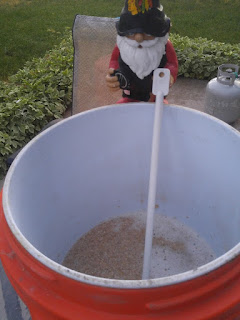 So, you may recall that I have brewed T.Ra.Sh. Mexican Lager a few times before. Stylistically, it was closest to a Vienna Lager, but it probably isn't as dark in color and it is hoppier than you would expect a Vienna.

But still, most of the people who the T.Ra.Sh. Mexican Lager are more light lager type drinkers, and I always thought that I would need a lighter beer for most of those drinkers. Lighter in color. Lighter in body. Lighter in alcohol.

So, the T.Ra.Sh. Light Mexican Lager simply did that. It become a lighter version of T.Ra.Sh. 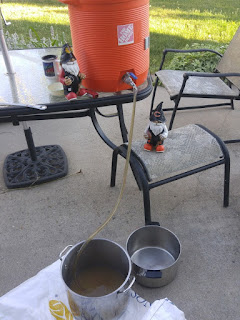 Basically, T.Ra.Sh. Light  uses less grain and completely removed dark Munich from the recipe. The SRM of the light beer came in at around 4 as opposed to almost 10 for the "full strength" beer.

Other than that, the recipes are very similar. 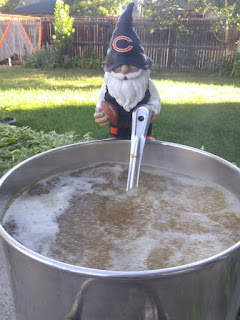 T.Ra.Sh. Light has been fermenting for over a week. It started out at lager temperatures, but as with most of my lagers, I let the temperature rise after those first few days of fermentation, and now it is sitting at 70. 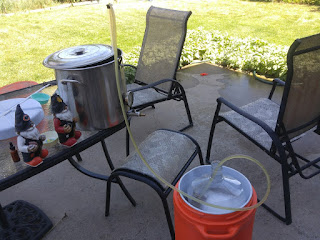 I took a sample today. I'm at 1.012 for the gravity, which puts the beer at 4.3% ABV. It has a bit of sulfur in the nose still, but not in the taste at all. It tastes pretty much as I would expect a German Helles to taste with a bit more Hallertauer hop character.

It does need to sit for awhile to allow the yeast to flocculate, but other than that, the beer is pretty much ready, We will also see if that gravity comes down any.

So, there you are.  T.Ra.Sh. Light Mexican Lager .


As always ... stay tuned on the regular SheppyBrew Channels to see what is happening with this beer (and many others): SheppyBrew's Facebook Page; Sheppy's Twitter Feed; SheppyBrew's Instagram Page; and SheppyBrew's Website. Of course, don't forget to visit this blog often as well!.
Posted by ESheppy at 7/05/2016 09:48:00 AM