Connor's Ride to the Cowboy Playground

Since I reported that the youngest Sheppy clone had finally decided to learn how to ride his bike (see Connor the Biker), he has ridden a bunch. I love to come home from work and have my little boy ask me to go riding with him, and he does it a bunch.

So far, we have just been on the bike trails around our neighborhood. These are great for a quick ride between the time I get home and the time dinner is ready, but they don't make for the most exciting ride in the world. Last weekend, we took a "trip" to a local playground, but that really was not enough to be consider "out of the neighborhood".

Saturday, we decided to ride our bikes to "The Cowboy Playground". I actually have a post on this blog about another time we rode there (see Cowboy Playground). It is still true that I don't really know how to drive to this park. I've only ever been there by biking.

Connor did a great job riding his own bike. The Bear Creek trail is under construction, so we had to take a little detour that involved riding on some side-streets. He did an excellent job both on the bike path and on the side-streets.

I was very impressed.

Not only was it a great bike-ride, we had fun playing at the Cowboy Playground, and had a very nice picnic. It was a good day. 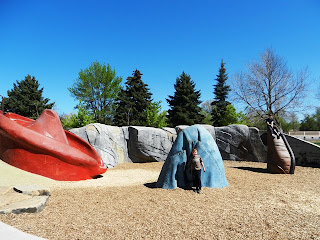 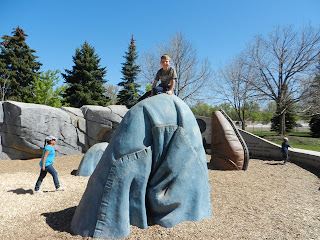 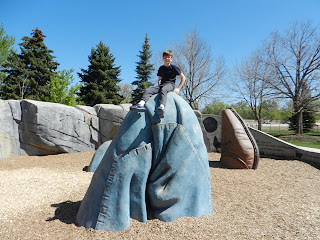 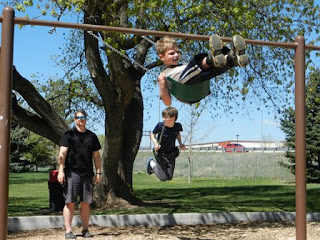 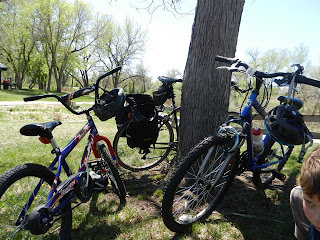 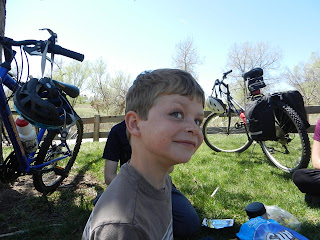