I mentioned not-to-long-ago that my 2013 brewing goal is to expand my resume of beer styles. I want to have at least one beer brewed of each of the 23 BJCP style categories. After my 7C Düsseldorf Altbier, I now have 10 more categories to brew.

Next up, is Category 1 — Light Lager. Specifically, I have decided to brew 1D. Munich Helles. A Helles is a light-colored German lager. It has a clean, slightly sweet, malty flavor with low to moderately-low spicy noble hop flavor and aroma. It is low in hop bitterness. It is low in alcohol and easy drinking, making it a great session beer. It is also one of those beers that will ease non-craft-beer-drinkers into more flavorful craft beers (aka gateway beer).

All of the commercial examples of Munich Helles lagers that I have had are brewed by local small brewers here in Colorado. The one that I jumps to mind is Mountain Mama Helles from Lonetree Brewing Company, which is probably the most local brewery to where I live. I do enjoy drinking this style of beer, and think it will be great on tap at SheppyBrew Brewery. 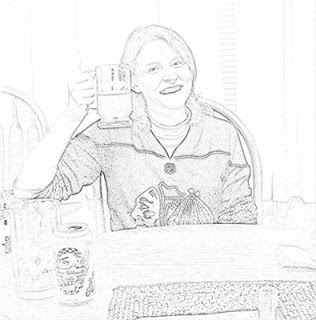 You can see the recipe I came up with for my Helles at Snowball's Chance (in) Helles. As you can see from the recipe, true to style, the beer is malt focused. It's base is a German pilsner malt with a significant amount of Munich malt and a bit of Melanoiden malt to give the beer a malty toast accent. My ABV is less than 5%, and the low mash temperature should make it extremely easy drinking.

Like my Sasquatch Hunter, I am adding White Labs' "Clarity-Ferm", which eats up Gluten proteins, making it safe for our friend "Gretchen". Hopefully she will have an opportunity to help me drink some of this beer.

As I have mentioned, "Snowball's Chance (in) Helles" is going to be the first of a series of German lagers that uses the same lager yeast. I will brew this beer, harvest the yeast and use it in a Schwarzbier. After the Schwarzbier, I will harvest the yeast again and brew a Mailbock. By the time I get to the high-gravity Mailbock, I should have lots of healthy yeast to handle the job. I was planning on using Wyeast Labs #2124 Bohemian Lager, but yesterday, neither of my local home-brew shops had it. I came home to do some research and found that White Labs WLP 830 is pretty close, so today I will see if they have it. Not sure what my backups will be if they don't have the 830 in stock.