Last weekend I didn't brew, but I did have a pretty busy Sunday.

I bottled and soured my Gruntled Sour Weiße. I also kegged my Falling Leaves Harvest Saison.


You may remember that I mentioned that I would be souring my Gruntled Sour Weiße by simply adding Lactic Acid rather than using souring bacteria. Part of the reason I made such a small batch was that I wasn't sure how good the lactic acid souring would be. Billy from The Homebrew Academy did the same thing for a Gose (see Gose Homebrew Recipe). He didn't really give me the idea, but he did remind me of the idea. He also was kind enough to post an amount for me to start with. 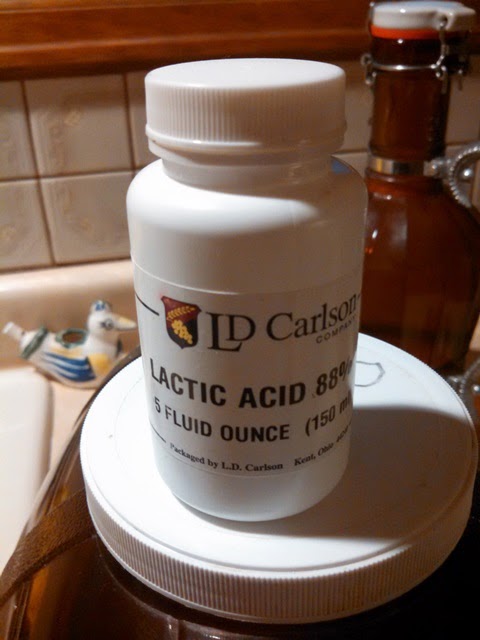 The starting point was 5 tsp. I mixed together priming sugar and the 5 tsp lactic acid and racked the beer into a second Mr. Beer fermentor "bottling bucket". When I tasted this solution, I didn't think the beer tasted sour enough so I added more. I ended up going quite a bit over Billy's suggestion. Hopefully I didn't overdo it. We will see. 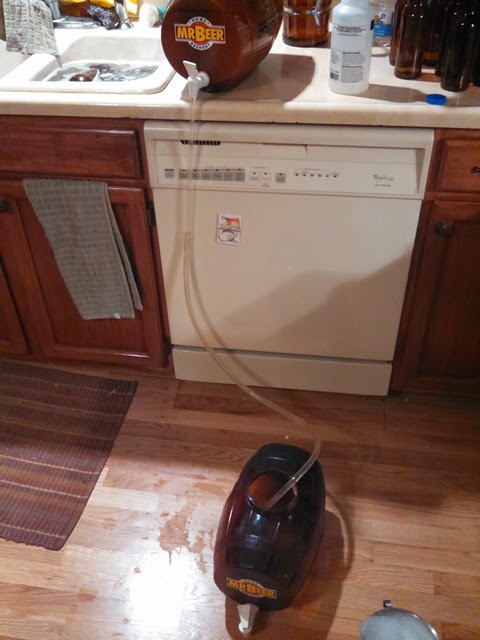 My final gravity was 1.007 which makes this a 3% ABV beer. That is pretty much where I would want a Berliner Weiße. I did carbonate very high. Almost 3 volumes. Hopefully it doesn't end up too fizzy, but this is supposed to be an effervescent style. 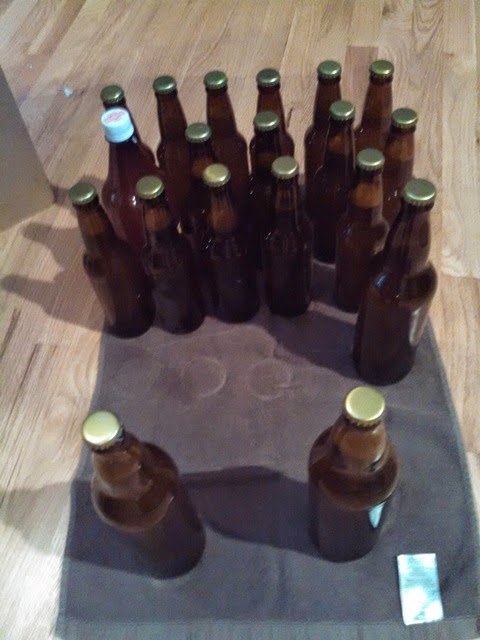 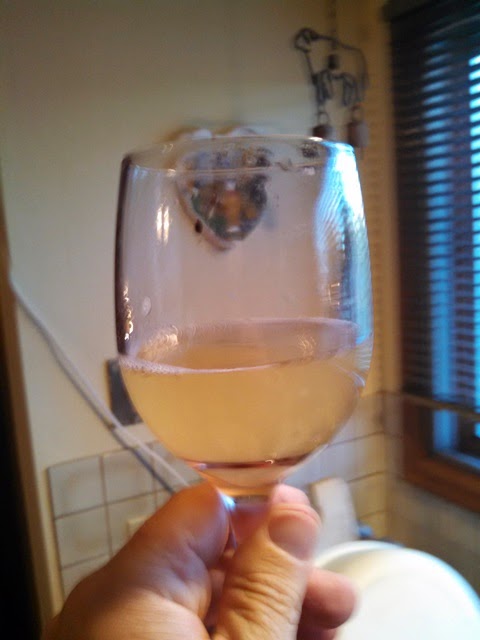 The bottles are carbonating as I write this. They have about 1 more week, then I'll pop one open and see how it tastes.

I'll let you know how it is.

A couple hours after bottling, I kegged my Falling Leaves Harvest Saison. 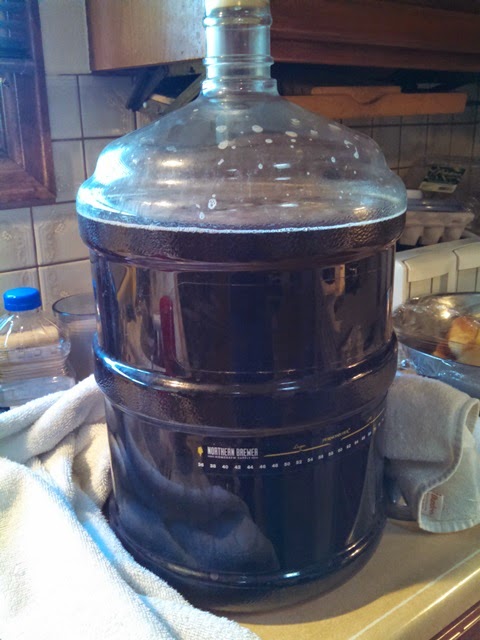 It is an amber color that (if my Beer Smith color calculations are correct) is on the upper end of the BJCP guidelines for the style. I guess technically this is a pumpkin beer, but you would really know it by tasting the beer. It tastes like a pretty classic Saison. 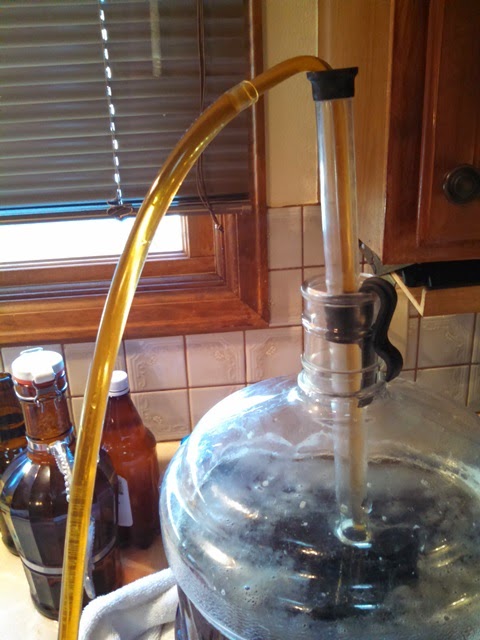 Anyway, I kegged it.

By this weekend, it was pretty well carbed. I brought a half-Growler with me while I walked my kids and a few of their friends trick-or-treating on Friday.

It is a wonderful beer. Really awesome.

Anyway, that was my Sunday. We'll pretend the Bears didn't even play. In fact, I'm thinking of pretending that the Bears just completely skipped this season.