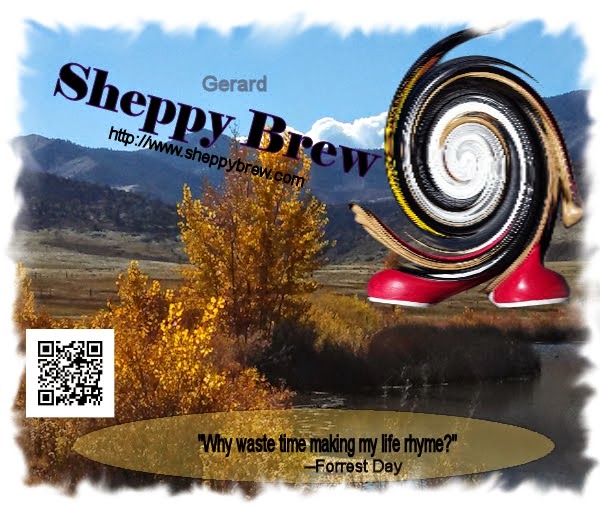 I don't know if you've noticed, but I've stumbled across a pretty cool (at least I think its cool) concept for a series of beers. Seasonal Saisons.

The Saison is a fun style of beer. Its guidelines are pretty wide, open to much interpretation and experimentation. For quite awhile, I avoided Saisons, but recently (in the past 12 months or so), I've really been digging them, and I will almost always try one when I see it on tap somewhere. I am not sure if my pallet has changed or if breweries are starting to nail this style, but I am starting to really love them.


Or at least I love them if they are done "right". More on "right" later.

Calling something a "Seasonal Saison" is quite redundant. The French word "saison" means "season" in English. I am quite sure that I am not the only "brewer" who decided to brew a series of Saisons corresponding with the seasons. It is a pretty obvious concept. But I promise, I did not steal this idea from a brewery. I came up with it on my own.

Anywho ... the Saison Style of beer originated in the French-speaking region of Belgium. The story is that farmers would brew these beers during less busy times so that they would have the beer on hand for hired workers during hot summer months. The "style" itself was not really well defined because each farmer would use what he (or she) had on hand. Traditionally, this was probably a low-alcohol beer as farmers generally didn't want their farm-hands wasted while working.

Now-a-days, the style is a little more defined and generally much higher in alcohol. But, it still is pretty open to interpretation. Generally, the style needs to finish very dry with lots of spicy and fruity esters in the aroma and flavor. It has a bit of a "farmhouse" funk. If you are familiar with the style, you know what I'm talking about. If not, try a few and I think you'll get the idea. In color it is supposed to be very pale yellow to somewhat amber. Generally, they come in somewhere in the middle. They are supposed to be highly carbonated, and maybe a bit "tart". The style guidelines put the ABV at 5 to 7, although most examples I've seen recently are at right at the high side or even above. It should be fairly hoppy. Personally, I like traditional "noble" hops, specifically Saaz, but certainly modern brewers have taken liberties in the hop department. Lots of brewers add spices or other flavors to this style of beer. Personally, the ones that do too much of that are the ones I don't tend to like.

So, to me ... a Saison done "right" finishes dry, but has significant malt flavor. You should taste some graininess from a Belgium Pilsner malt and some breadiness from Munich and/or Vienna malt. It should be spicy from Nobel hops and the Saison yeast, but other spices should be very understated or completely gone. The "farmhouse funk" should be there, but not overpowering. It should be comparatively low in alcohol and generally a beer a beer that quenches your thirst.

I always use WYeast 3711 French Saison Yeast , which I have proclaimed "The Real Super Yeast". This yeast is a work-horse that finishes very dry without much babying. I've heard that most other Saison yeasts can be very finicky, but this one just does its thing.

SheppyBrew's first "seasonal Saison" was Arctic Vortex Winter Saison. I decided to make this a black Saison. I got a few comments on the SheppyBrew Facebook page (please "like" if you have not already) that they had never heard of a "black Saison" and that they were intrigued. I promise I did not come up with the concept myself. I've heard of "Black Saisons" before, but I cannot remember where I heard of them. Mine is the only one I've actually tasted.

It was wonderful. I used "Midnight Wheat Malt" from Briess for the color. Midnight Wheat is great for dark beers without stout-like roast or astringency. It is very smooth. This beer had a berry-like flavor which was very pleasant and interesting. Not really blackberry. Not really blueberry. But somewhere in that range.

Hail Storm Summer Saison was brewed pretty late in the summer, but I did get it done in time to drink most of it in the summer months.  Hail Storm was a much more traditional Saison. Its color was a nice pale orange. It was very hoppy with Styrian Goldings hops (because my LHBS was out of Saaz). It finished dry at 1.004, but wasn't too high in alcohol at 6%. It was awesome too. It was very refreshing. I loved this beer.

And next, today in fact, I am brewing my "Autumn" Saison. "Falling Leaves Harvest Saison" will be a bit darker in color than "Hail Storm", but still "in style" and much lighter in color than Arctic Vortex. The color is coming from a very dark Munich malt from Briess, so it shouldn't be very bready rather than caramelly. I am using pumpkin in the mash as sort of a nod to the "harvest" part of the name. I am expecting to love this beer as well.

Of course, I hope to fit in Arctic Vortex next winter. I will need to do a Spring Saison next Spring to round out the seasons. I will most likely want Hail Storm next summer. I expect to brew these beers over and over.

We'll see, though. There is always something I want to brew.

I'll be sure to let you know how the Falling Leaves brew day goes.