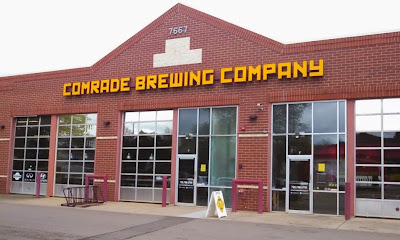 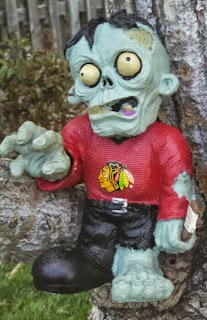 As I mentioned in Bad Lands Kölsch, we recently added a new Brewing Gnome at SheppyBrew Brewery. I also mentioned that he and I would be designing a beer recipe together soon.

His name is Gzombie Gnome. He certainly does not look like either of the other SheppyBrew Brewing Gnomes. He is, in fact, pretty unique looking among all Gnomes.

You may not know this, but beer geeks love zombies. Don't believe me? Do a search on untappd for "Zombie Apocalypse" or just simply "Zombie". There are TONS of beers named after zombies.

As one of my brewers is a Zombie, of course I needed to add to the Zombie theme.

So, together, Gzombie and I designed a beer worthy of the Zombie Apocalypse genre. The underlying design question was ...

What would Sheppy Brew in the (likely) event of a Zombie Apocalypse?

We came up with:

I introduced a new Travel Bug to the world yesterday: 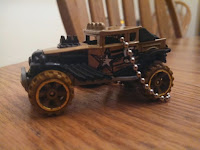 I know my obsession with Travel Bugs is childish and/or nerdy. I don't care. The whole concept fascinates me. In a weird sort of way, I live vicariously through these little travelers.

On Searching Guacamole's Profile, I introduced him very similarly like I did Search & Rescue. Both list their "mission" to find and hopefully rescue my first travel bug Guacamole.

This past Christmas, I received a Keurig coffee machine as a gift.

It is nice to have. Being able to make myself a cup of coffee at a time is really more in-line with how I generally drink coffee from home. Usually, I only need one cup on my way out for work.

I was talking with a co-worker about my new toy.

He mentioned that he also had one. He loves his. He lamented the fact that all the single serving "K-Cups" were made of non-degradable plastic and ending up in land fills.

Quite honestly, until this guy mentioned the land-fills, I had not even thought of that issue. But once he mentioned it, I could not stop thinking about my K-Cups sitting around for millions of years.

"Surely," I said, "someone has thought to make something bio-degradable."


Turns out I was correct. My co-worker found San Francisco Bay "OneCup" biodegradable single serve coffee cups that work in our Keurig machines.

Email ThisBlogThis!Share to TwitterShare to FacebookShare to Pinterest
Labels: Coffee, Me 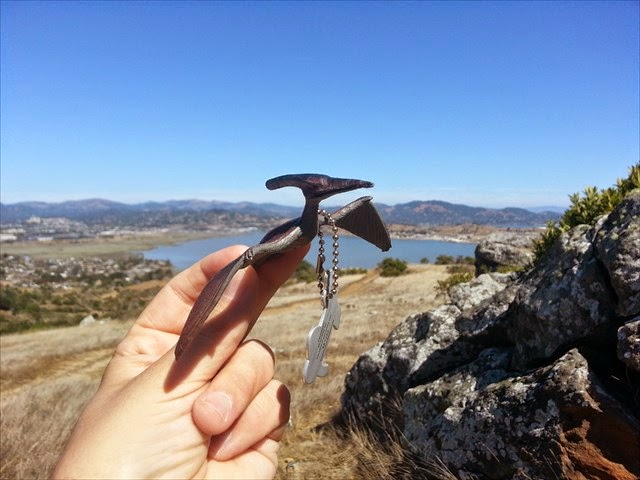 If you are a brewer, you probably know that the Beer Judge Certification Program (BJCP) has finally updated its Style Guide.

Of course, in 2013, I made the effort to brew the at least one beer in all the BJCP categories that I had not brewed up until that point in time. See SheppyBrew Styles if you need a refresher.

On almost the last day of 2013, I brewed Schnockered to Comfortably Numb in my last category (Category 19 Strong Ale) to fulfill my goal. At that point, I had brewed at least one all-grain batch in every one of the 23 BJCP Beer Categories.

And now, they have changed things all up.

As I write this, they have not updated their web version, but you can go out and download a pdf of the 2015 Style Guidelines from http://www.bjcp.org/stylecenter.php.

A couple years ago I visited South Dakota with my family, and I have found memories of visiting my Badlands National Park.

Recently, we were talking about the possibility of going to South Dakota again, possibly meeting more family who live in another part of the country.

I thought that, just for the fun of out, I'd brew a beer that would be appropriate to bring to the Bad Lands. 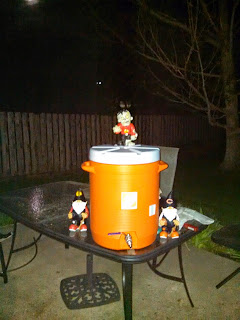 For various reasons, I decided to go with a Kölsch. See the recipe at:

I brewed it yesterday.