This past Christmas, I received a Keurig coffee machine as a gift.

It is nice to have. Being able to make myself a cup of coffee at a time is really more in-line with how I generally drink coffee from home. Usually, I only need one cup on my way out for work.

I was talking with a co-worker about my new toy.

He mentioned that he also had one. He loves his. He lamented the fact that all the single serving "K-Cups" were made of non-degradable plastic and ending up in land fills.

Quite honestly, until this guy mentioned the land-fills, I had not even thought of that issue. But once he mentioned it, I could not stop thinking about my K-Cups sitting around for millions of years.

"Surely," I said, "someone has thought to make something bio-degradable."


Turns out I was correct. My co-worker found San Francisco Bay "OneCup" biodegradable single serve coffee cups that work in our Keurig machines. 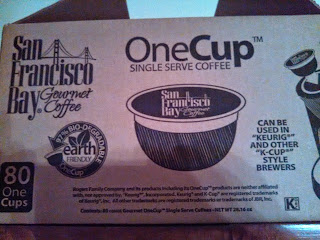 He purchased some from Amazon.com . Once he told me about them, I looked them up and did the same thing.

I expected the cost to be ridiculously expensive. It wasn't.

In fact, oddly enough, the cost per cup for an 80-count box is less (much less) than what I was paying at my local grocery store for the cups that don't biodegrade. 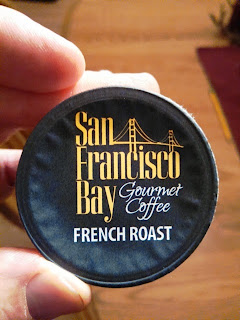 The flavor is the same, so the fact that this is less expensive makes this a no-brainer for me. 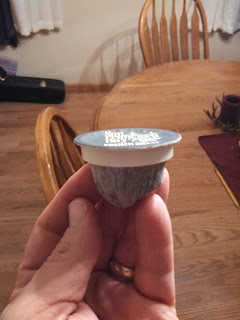 I am going to buy and drink these.

Email ThisBlogThis!Share to TwitterShare to FacebookShare to Pinterest
Labels: Coffee, Me