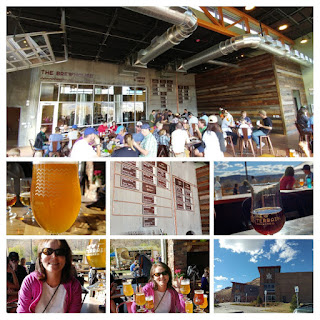 It has been a little over a month since I posted M is for Mockery Brewing Company.

The most recent one was M ... M is for Mockery Brewing Company.

There are 9 in between which you can review by looking at Sheppy's Blog: A to Z.

If you know your alphabet (or read the title) you probably can figure out that the letter N is up next.

New Terrain didn't even exist when I put together the list on Denver Breweries II. 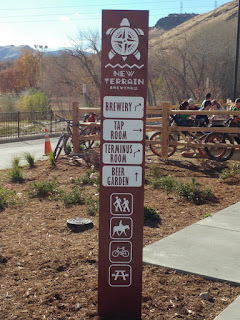 I love this location. It was a little out-of-the-way, but well worth the effort to find it.

It is nestled in the "wilderness" of Golden Colorado. Very close to some popular Mountain Biking trails by North Table Mountain Park. In fact, there were a bunch of bikers in the brewery when the Beer Model and I went on a sunny November Sunday. 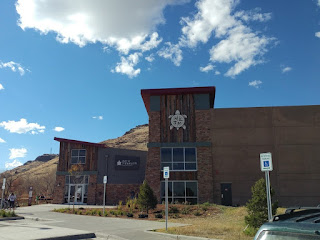 
A culture of curious & distinct individuals dedicated to the science & craft of small batch, high quality, creative beers.  Our motto is not "this is how it is done" but rather, "what if we try this way?" It inspires us to create, to innovate, and to explore new terrain. 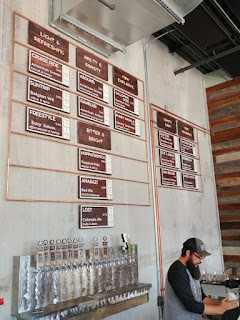 I think this is my new favorite location of all the  A to Z Denver Breweries so far.

They had a great selection of beers. The SheppyBrew Beer Model and I got two flights of 5. 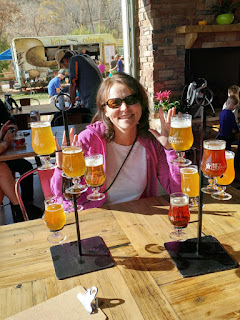 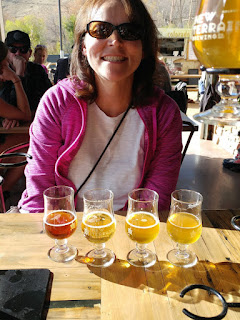 All these beer were fantastic.

The atmosphere was great and it was a really great time. I wish we could have stayed longer. 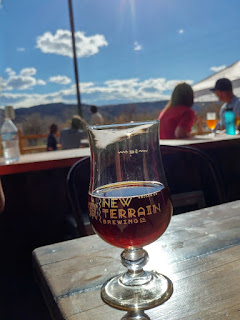 The brewery doesn't serve food, but there was a food truck and according to the website, they have one every day. 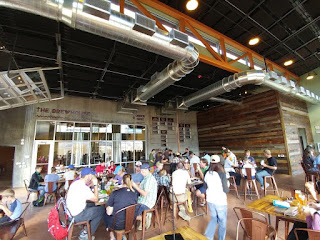 I love this place. It is my new favorite Golden brewery. 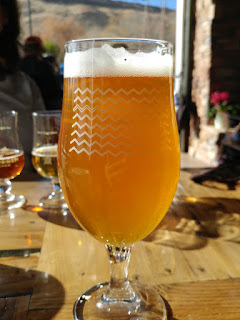 I have a don't have a brewery in mind, so fell free to leave suggestions in the comments below.


As always, you can find out what I pick for "N" (and the rest of the alphabet) by bookmarking "Sheppy's Blog: A to Z".