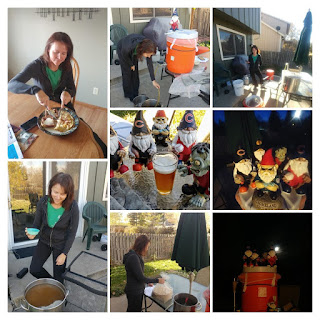 So ... last Saturday was the AHA's Learn to Homebrew Day, and I used that as an excuse to get the SheppyBrew Beer Model to join me for a brew day.

I try to get The Beer Model to brew at least once a year for legal reasons.

You see, Colorado (like most states) allows the adult head-of-household to brew 100 gallons of beer per year.

I basically brew 100 gallons of beer per year.

However, sometimes I go a little over.

The law also allows a second adult in the household to brew 100 gallons of beer per year.

As young as she looks, the SheppyBrew Beer Model legally qualifies as an adult in our household.

So, by having her brew ... I figure the SheppyBrew Home Brewery is allowed 200 gallons of beer per year.


The HomeBrew Police cannot throw me in jail for brewing 107 gallons (or whatever I end up with) this year.

So .. the Beer Model and I discussed beer styles. She decided that she would like to brew a Mango Wheat.

That is pretty easy. I use my Summer Lovin' base beer for all my wheat beers ... including the ones that have fruit.

The SheppyBrew Beer Model even came up with a cool name for the beer:

Not sure if she feels like her husband disappears for unreasonable amounts of time or if it was just such a great pun she couldn't pass it up.

I'm a little afraid to ask.


And so ... since the SheppyBrew Beer Model was the Brew Master on Saturday, things went a little different.

First ... there was no starting the brew day before the sun came up. The gnomes and I were ready. The Brew Master was not.

Second ... there was no starting the brew day before The Brew Master ate breakfast. The gnomes and I had to make her breakfast ...

It was well after 9AM before we started. Can you imagine?


Anyhow ... the Beer Model / Brew Master had a list on her phone of all the steps in addition to the Beer Smith Brew Steps printed out.

She masterfully guided us through the mash.

Another difference between me and the Beer Model Brew Master is that she allows drinking during the brew day. 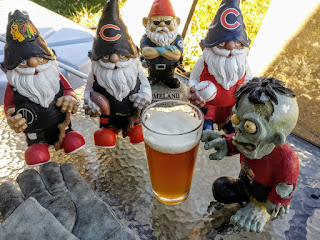 We got the beer in the fermentor. 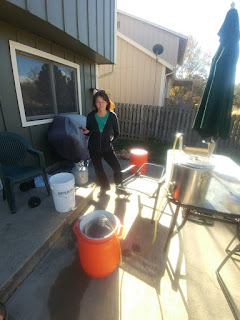 The base beer has been fermenting for almost a week. The airlock has pretty much stopped bubbling.

In a few days, we'll rack the beer onto 3 pounds of Mango Puree and let the yeasties chew on that for a bit. 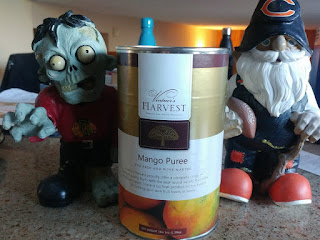 We should have Where'd My ManGo Wheat ready to drink before the end of the month.

I am pretty sure we'll have two of the Summer Lovin' Series of beers on tap at the same, which should be a first for the brewery.

Obviously, you can always keep an eye on the regular SheppyBrew Channels to see what is happening with this beer (and many others): SheppyBrew's Facebook Page; Sheppy's Twitter Feed;SheppyBrew's Instagram Page; and SheppyBrew's Website. Of course, don't forget to visit this blog often as well!
Posted by ESheppy at 11/10/2017 06:42:00 AM