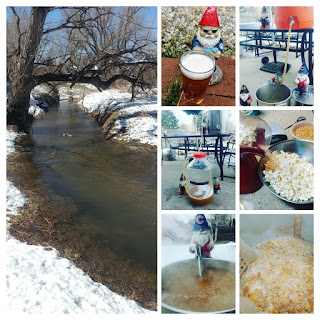 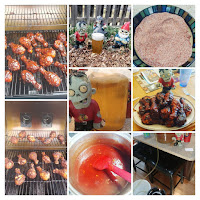 We had a busy day yesterday at SheppyBrew Brewery and Smokehouse.

We didn't brew any beer, but we started the day early by kegging Melting Stream Spring Saison.

We bottled a batch of green tea kombucha and stared a new batch.

And .. we prepared and made barbecue drumsticks.

I bought a package of drumsticks at Sam's Club in the morning.

I decided to make the whole package even though I knew it would be too much for our family of four. I like having leftovers for lunch. Yummy barbecue drumsticks for lunch will be great this week. 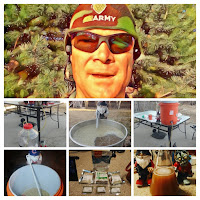 It isn't Spring yet, but here in Denver, it feels like it is close. I'm hoping we get a couple more big snow falls still this year, but right now the weather is starting to get very warm.

I decided it was a good time to brew my Spring Seasonal Saison this past Sunday.

The Spring version of my is Seasonal Saison very light in color. It uses WY3711 for that delicious and refreshing saison flavor. It is hoppy.

Yummy yummy beer. My mouth is watering just thinking about it. 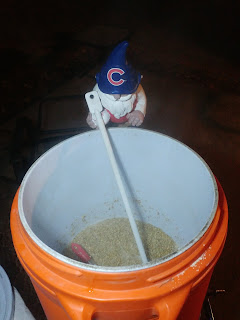 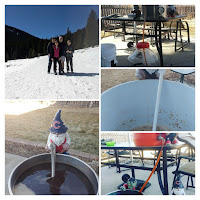 I'm brewing today and I have not posted about my last brew day yet.

I better do that now.

So ... I've been brewing quite awhile. I started with a Mr. Beer kit my sister bought me for the 2008 Christmas.

I used the hell out of that Mr. Beer Kit.

One of the recipes I came up with using the kit, was an American Brown Ale intended to mimic Big Sky Brewing Company's Moose Drool. I named it based on some dragon art work my child had done and another word for drool.

Not knowing that the name I came up with is slang for something horrible. You can look it up if you like (if you don't already know). You can't unknow once you know. 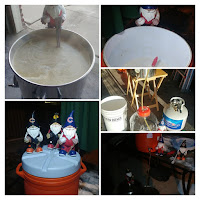 I'm glad that the Patriots didn't win the Superbowl LII.

Yes, I am a hater of the New England Patriots.

Not really like I hate the Red Wings or Packers. More like I dislike the Cowboys or the Raiders.

Lately if you're a craft beer geek like me, you've almost certainly noticed an alarming influx of "New England Style" IPA's.

I'm fine with a hazy IPA, but if there is yeast clouding up the beer, it is visually unappealing to me, and usually I don't find them all that great to drink.

At the same time, there are some beers labeled "New England Style IPA" that I quite enjoy. As long as it is hazy rather than cloudy.