H is for Halfpenny Brewing Company 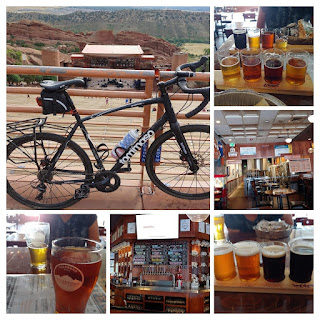 I modified the rules a little bit for my "H" brewery.

I made the rules, so I can modify them. If you don't like it, go visit your own set of breweries A to Z.

As I mentioned in "G is for Goldspot Brewing Company", I only knew of one "H" brewery in the Denver area that I have not visited.

The "H" brewery I'm thinking of is a Gluten Free brewery, and I don't really like any of the Gluten Free beers I've had.

At some point, I should give this place a chance ... maybe my third time through the alphabet.

But, rather than pick a brewery I wasn't excited about this time around, I picked another brewery. It is a brewery that I've been to one time. That one time, I had one beer. I never mentioned it on this blog.


H is for Halfpenny Brewing Company 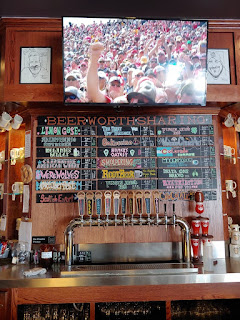 Halfpenny Brewing Company is south of Denver in Centennial, Colorado. Pretty much straight 20 minutes east of the SheppyBrew Home Brewery.

"We are a family-friendly, neighborhood craft brewery in Centennial, CO. We specialize in hand-crafted beer, especially German and English styles." 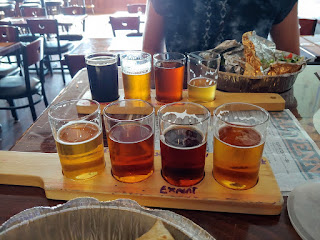 I'm a fan of German and English styles of beers. Halfpenny does a good job of making them.

A couple weekends ago, after my morning bike ride, the SheppyBrew Beer Model and I headed east. We stopped on the way for lunch to go. We brought our lunch to the brewery. 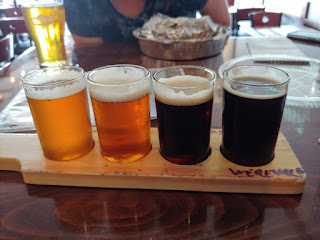 As is our usual practice, we purchased a couple of flights.

The beers we had included: 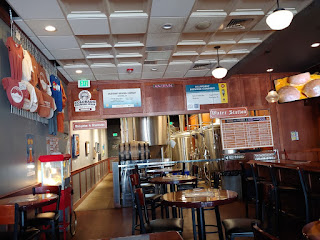 I enjoyed all the beers.

After lunch we got home so I could make my Chicken and Hatch Chile Stew for dinner. 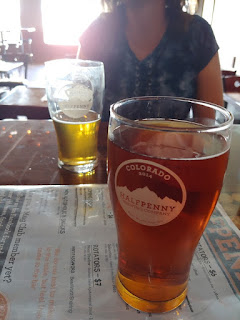 So, this is a great little neighborhood brewery. Check it out if you're ever in the Centennial, Colorado area.