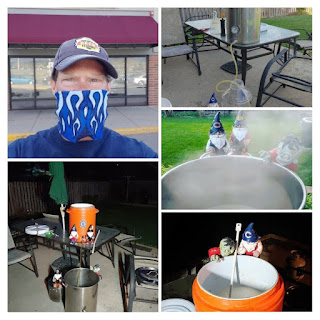 As you probably know if you follow SheppyBrew Brewery, we brew at least 4 saisons every year.

I call them my Seasonal Saison series of beers.

From time to time, I add in different saisons as well. Usually, I call them "5th Season".

I have made a Blood Orange Saison, and now in mid-May, I found myself wanting another beer to replace a rapidly disappearing beer supply.

I had some blackberry extract sitting in my cabinet. It smelled good. I decided to use it in a "5th Season Saison".

Since Sunday was Mothers' Day, I decided to brew Saturday morning instead of the usual Sunday brew day. 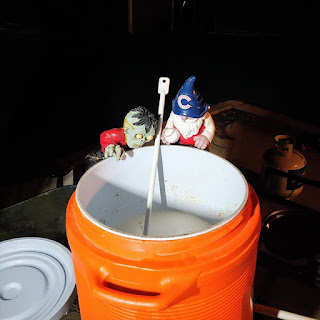 I had some things I really needed to do on Saturday, so I got started even earlier than usual. I had my mash going by 4 AM. 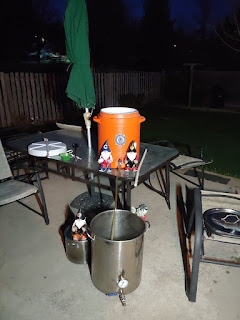 The mash went well. I remembered to add first wort hops. I was heating up the kettle to start the boil before sun rise.

My pre-boil gravity was a bit high, so I decided to cut my boil time a bit. 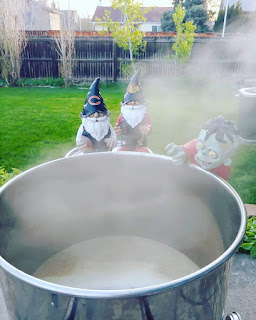 The recipe was super simple and so I didn't need to add anything during the boil. 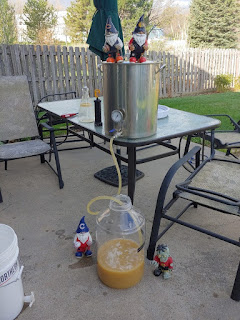 I was chilled to mid-70's before 8 AM, which is when I had an appointment to donate blood.

I let the beer sit in the kettle cooling a bit further while I went to give blood. When I returned, I pitched my yeast starter and filled the feremtentor. 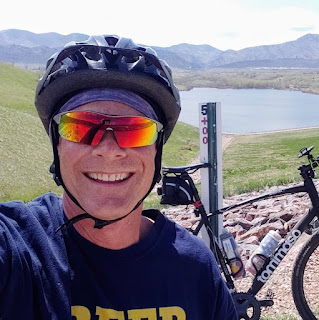 Everything was cleaned up early.

After brew day, I brought my son to his high school's "Senior Exit Parade" and then even got a nice gravel bike ride in.

Now my beer is busy fermenting. I figure I should be ready to keg in another week or two.