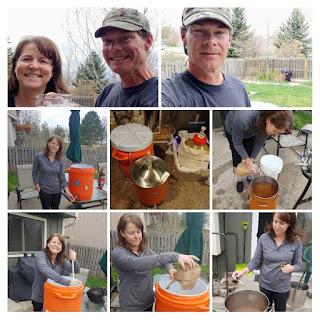 Years ago, when my wife (aka the SheppyBrew Beer Model) and I lived in Illinois, we were camping with a group of people in a campground in Southern Wisconsin.

While sitting at the campfire, one of the campers came back from wherever he had been.

He was very excited.

"Wild Cows!" he said. "There are wild cows in the forest around us".

It was funny. Or at least the consumption of alcohol and the general mood of the group made us all laugh.

Much more recently, we were visiting my family in Wisconsin, and we had a few Spotted Cows.

I mentioned that I could probably find a clone recipe for Spotted Cow and make it to be ready in time for my son's High School graduation.

Remembering the camping trip years ago, I thought "Wild Cow" would be a great beer name. 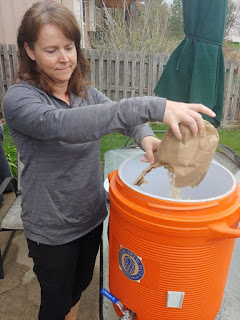 I was able to find two different Spotted Cow "clone" recipes in books that I was able to check out from the library.

I saw a couple on internet forums. I also got hold of Northern Brewer's "Speckled Calf" recipe. 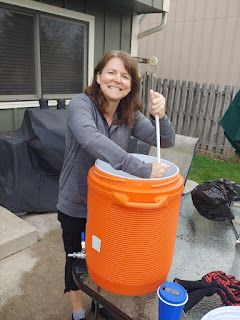 All these recipes were different. And none of them were really what I thought would make a Spotted Cow clone.

So, I made my own recipe. Wild Cow (sort of) Kölsch. It's not really a Kölsch. It also isn't really a Cream Ale (which is what most people seem to call it). New Glarus calls it a "Farmhouse Ale", but it doesn't match the Belgium or French farmhouse styles.

So ... I am calling is a (sort of) Kölsch because it uses Kölsch yeast. I forget which recipe called for Kölsch, but that is what I used in my recipe. 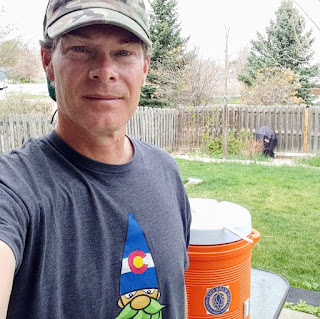 My son's graduation was supposed to be in May, but with the whole COVID mess, it has been postponed. However, this past weekend was the AHA's Big Brew Day, and of course we needed something to brew.

We thought we'd give "Wild Cow" a try. 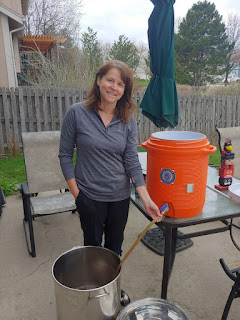 So ... since the SheppyBrew Beer Model was going to help me brew ... the brew day got started much later than a typical brew day.

That is ok ... it gave me a chance to get in a bike ride before brewing.

It also meant that we could do the Big Brew Day at a reasonable time in the brew day. 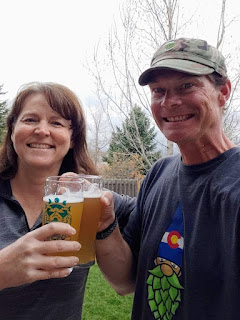 Everything went real well. Our OG was a bit low, but not enough for me to care too much about it.

We got the Kölsch yeast starter pitched into the Anvil Brew Bucket and used the cooling system to keep the fermentation right at 60. 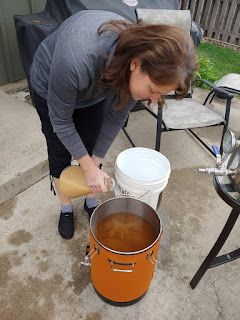 The fermentation took off very quickly and has been going consistently over the past few days. I'm looking forward to giving this a try soon to see how it turns out.

Since New Glarus doesn't distribute out of Wisconsin, I won't have anything to compare it to other than my memory. I'll probably let you know what I think of the beer. 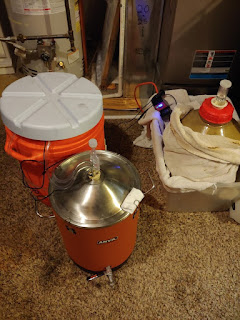