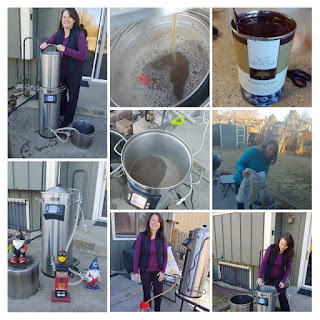 My wife (aka the SheppyBrew Beer Model) and I brewed last weekend.
We had decided awhile ago that the next beer we would make was going to be.
Boo Berry American Wheat
Boo Berry is another one of the recipes I designed years ago, and made a few times, but have not made in quite awhile.
The SheppyBrew Beer Model really likes blueberry beers, and I think of all the fruit beers I've ever made, Boo Berry has to be my favorite.
Anyway ... Saturday, we stopped by my favorite Brew Shop and purchased our ingredients.
Usually when using the Anvil Foundry, I would have prepared the water Saturday and and set the timer, but knowing I was going to start later in the day, I decided to leave that for the hours I would be up waiting for the  Beer Model to get out of bed. 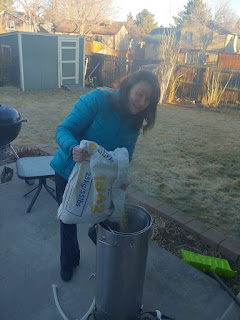 So, I got the water started heating when I got up and waited for her to join me. For educational purposes, I noted that it took 35 minutes to heat my strike water to 156 from my tap water.
We did get started fairly early compared to our usual start time when we brew together.
The day was going to nice enough that I wanted to brew outside. She agreed. 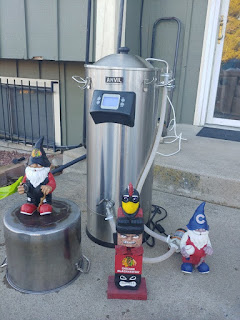 She added the grains pretty much right at 8AM with a 150 degree rest.
About 50 minutes into the mash, we (she) raised the temperature to 156. 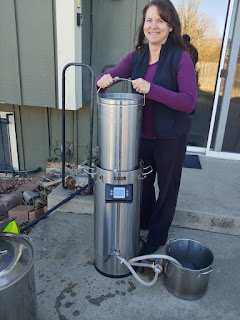 Around 9:20, the wort was running pretty clear, so we (I) lifted the grain basket to let the water drain. We (she) raised the temperature to 205 degrees to get to the boil. 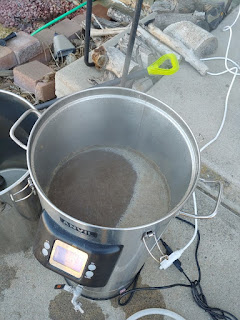 The pre-boil gravity and volume was right on plan. The wort was boiling a little after 10:10.
We (mostly she) added the proper kettle additions. 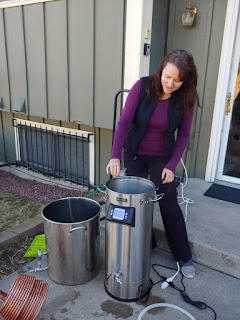 We had the wort chilling by 11:15. We added the blueberry straight to the fermentor, and racked the wort by about 11:35. 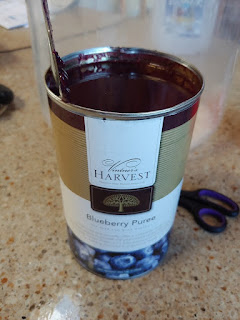 The beer was fermenting Monday morning. I expect we'll (mostly she'll) be drinking it by mid to late February. 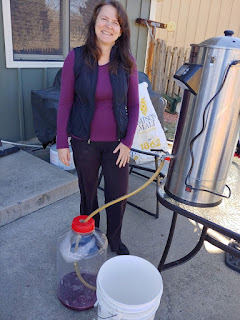 I'll be sure to let you know how it turns out. I'm pretty certain it will be awesome.