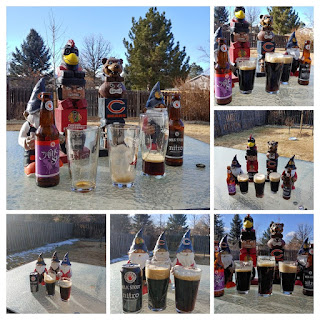 As I mentioned in 2021 Stouticus American Stout (batch 278) ... I brewed my final beer in my Homebrew Colorado 6 pack.
Stouticus American Stout
Stouticus represented Left Hand Brewing Company's Milk Stout, which is still an iconic Colorado beer.
Unlike some of the beers in my Colorado Six Pack, actually still exists, so I was able to compare my homebrewed beer to the commercial beer it is meant represent.
To be honest, though,  Stouticus wasn't really designed to clone Left Hand's Milk Stout.
And ... they are significantly different.
Regardless, I thought it would be fun to try Stouticus and Left Hand side by side. 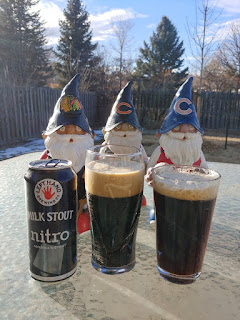 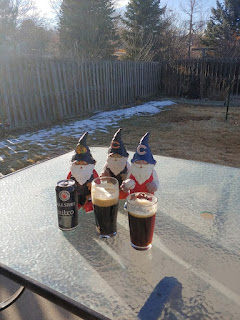 So, last week, I picked up both Nitro Milk Stout and "regular" Milk Stout. If I'm honest, I tend to prefer carbonated beer over nitronated beer. I feel like I'm in a minority in this, but I like what I like.
Anyway ... I tried a side-by-side-by-side between the two versions of Left Hand Milk Stouts and Stouticus. 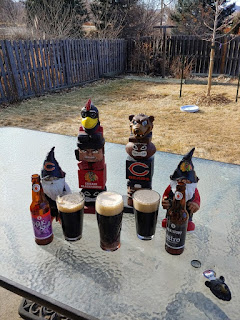 They were all easy to tell apart.
The Nitro beer tasted like a nitro stout. If you're at all a beer geek, you know what I'm talking about. 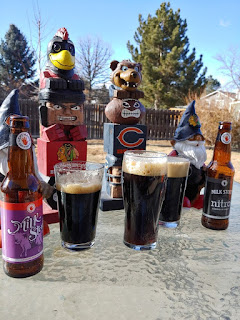 Stouticus is slightly lighter in color than Left Hand's version. It is also slightly less roasty and not quite as sweet.
It also has a significantly delicious centennial hop flavor in the finish. 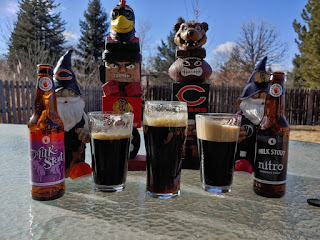 I even shared the three beers with my wife (aka the SheppyBrew Beer Model) without telling her which was which, and she confidently pointed out which was which.
Correctly. 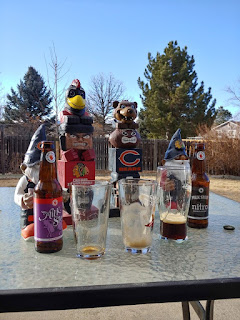 Both of us prefer the Stouticus, but that doesn't take away from the iconic greatness of the Left Hand Milk Stout. All three beers are great.
So, I finished brewing my  Homebrew Colorado 6 pack beers.
Considering 3 of the 6 beers from the original Colorado Six Pack don't exist anymore, I'm thinking I might find new beers to replace those with. If I do, I'll want to brew beers to represent these commercial beers.
Stay tuned on Sheppy's Blog: 6 Pack Project to see what I come up with.
Go Blackhawks!
Posted by ESheppy at 2/09/2021 04:44:00 AM