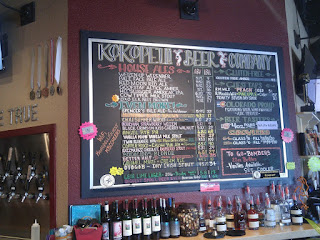 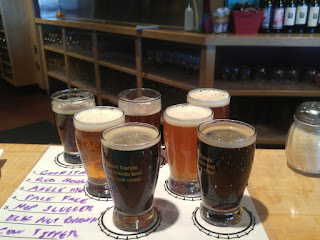 Kokopelli Beer Company was the longest trip I've had to make so far for one of these little Denver breweries. It is a nice little brew pub in the Solaire Shoppes at ...

... just across from the future Westminster Mall renovation.

There isn't a whole lot of table seating, but the bar is a pretty decent size. It has more of the tiny production brewery tasting room feel than that of an actual brew-pub. It is almost a surprise that they serve food. 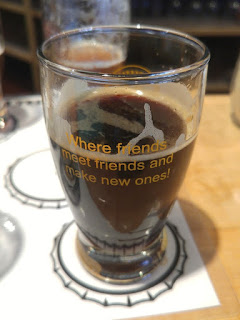 However, the food that I had was fantastic. You can see a menu on the website, "On the Menu". I had an appetizer that they called "Pizza Wheels", which I don't see on the website menu. These were so yummy it is ridiculous. They were basically pizza dough around cheese and sausage. Sort of like traditional pizza rolls except they were shaped more like wheels and much much better.

I also had a grill chicken sandwich that I thought was excellent. 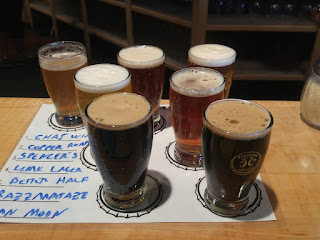 I guess I hadn't done my research, because I was shocked at how many beers they had on tap. I did two flights of 7 tasters, and I did not try all the beers.

The beers ranged from good to excellent. There was one of the 14 that I didn't really care for, but I am sure that lots of people do like it. Just wasn't my thing. 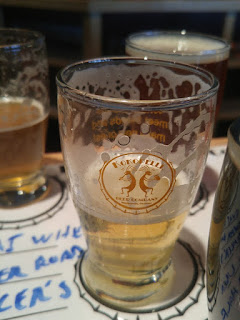 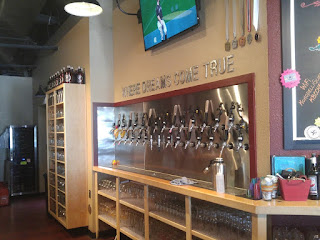 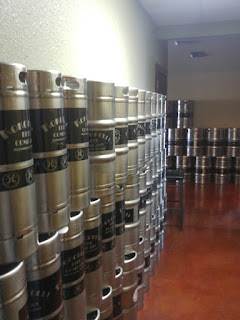 As I mentioned before, this wasn't even all the beers that Kokopelli had on tap. I fully expect that the rest of the beers were as yummy as the ones I had.

Make sure you check out their "On Tap" page on their website. 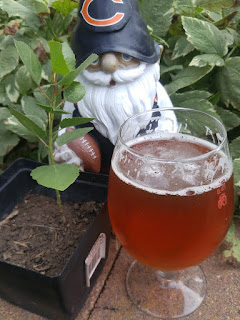 This is a wonderful Brew Pub. If you find yourself in the Westminster Mall area, and are hungry and/or thirsty, I totally suggest you stop in for a couple of beers.

If you have a few minutes ... check out their website for more of the story around the Kokopelli name and the rest of their story.

That is what I have to say about K is for Kokopelli Beer Company.


And now ... I will be looking for a Denver-area brewery that starts with the letter "L". I have a couple in mind.

Leave a comment below if you have a suggestion.