S is for Spangalang Brewery 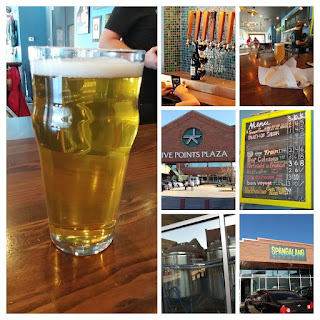 If I counted right, there are currently a total of  18, all of which you can review by looking at Sheppy's Blog: A to Z.

The most recent one was R ... R is for Ratio Beer Works.

If you know your alphabet (or read the title) you probably can figure out that the letter S is up next.

... And I picked another "River North" Brewery.


S is for Spangalang Brewery 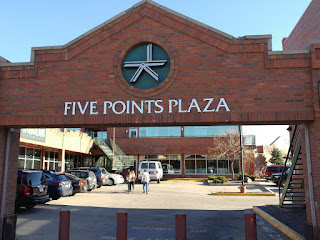 
"At Spangalang Brewery our mission is to provide Five Points and its visitors with some of the freshest, best tasting beer they’ve ever had. We’re proud of what we do, that’s why we’ll never serve anything less than our best. Come join us!" 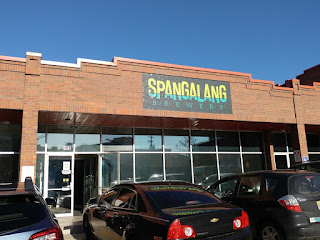 It is located at 2736 Welton Street in the Five Points area of Denver. 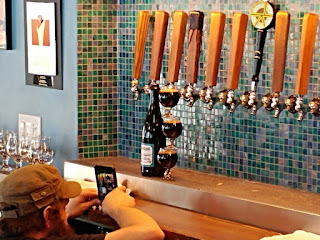 To be honest, I didn't spend a whole lot of time here. I only had two beers. 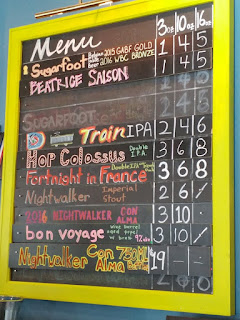 I enjoyed both beers. I wish I could have done my usual flight, but I just didn't have time. I'll have to come back.

They also have food available in the building by following signs down a hall to a little food stand like area. I was not clear if this is a place sort of like the classic food-truck where multiple vendors come from time to time, or if these cooks were more permanent than that.

I had bacon-wrapped Jalapeno poppers, which were delicious. Again, right what I needed at the time. 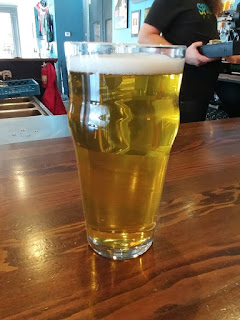 It was a quiet Saturday afternoon, so there were not a whole lot of people in the place.

I assume it is busier at more peak times. 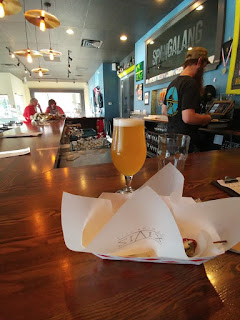 Again, as I mentioned before, there are a lot of breweries in this general area, so keep that in mind if you plan a visit.

It was a nice little neighbor brewery and tasting room. 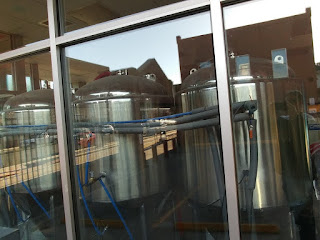 That is it for S is for Spangalang Brewery.

Next up for me is "T". I don't have a brewery picked out yet, although I am pretty sure what I will pick.

As always, keep your eye on Sheppy's Blog: A to Z ... it should be busy in the next few weeks.
Thanks for reading. Leave comments.