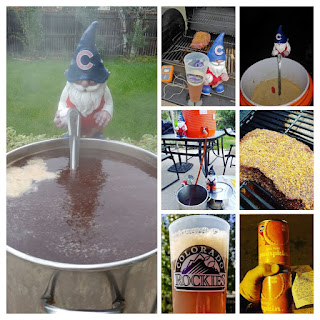 On the last day of September, I brewed my 2018 version of Falling Leaves Autumn Saison.

Just for the fun of it, I threw some pumpkin in the recipe as well.

The beer is pretty interesting.

It is a delicious beer. 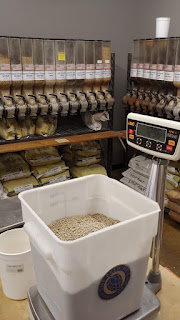 I am proud of my Seasonal Saisons. I am pretty particular about saisons in general, and mine are exactly how I like them.

That might be why I brew so many of them. 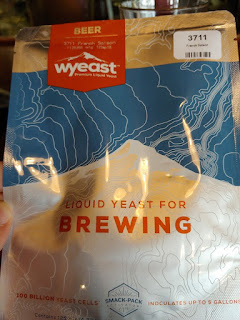 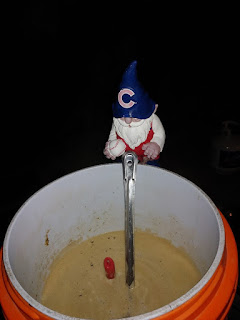 I started out brewing in the dark, but it was almost 6AM before I got started. That is a little later than I like to start my brew days.

I started the mash and realized that I didn't have pumpkin. I had to run to the grocery store and add it.

The mash was pretty long at a fairly low mash temperature. That should help dry out the beer as the style calls for. 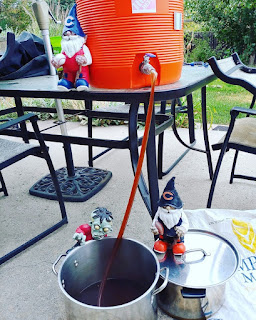 I didn't quite have a stuck sparge, but that pumpkin does gum things up and slows down the sparge quite a bit. I was patient and eventually got to the right pre-boil gravity and volume. 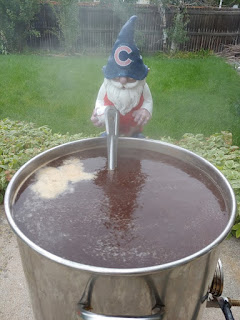 The boil went fine. Chilling went fine. I got the yeast pitched and working fairly early in the day.

I also smoked a Chuck Roast on this particular Sunday. I started the smoker while the brew day was going on. Obviously, the brewing was done before the chuck roast. 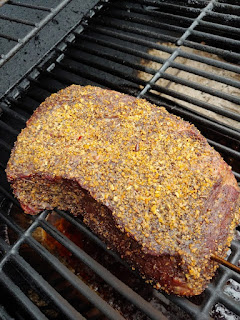 The chuck roast turned out delicious. Some day, I'll share my "recipe" for pulled beef sandwiches made from one. 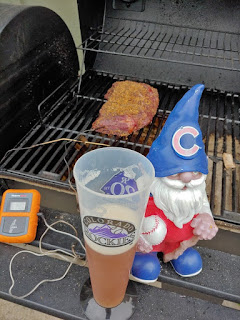 The beer has been fermenting for about a week and a half. At the moment, the gravity is at 1.008. It appears to still be fermenting. I'm hoping it will get to 1.005, but it is fine now if it doesn't attenuate any more.

I don't have any kegs available, so it will be awhile before I even want it to be done.

I am really looking forward to drinking this beer.

Halloween should be awesome for me.