U is for oUter Range Brewing Company 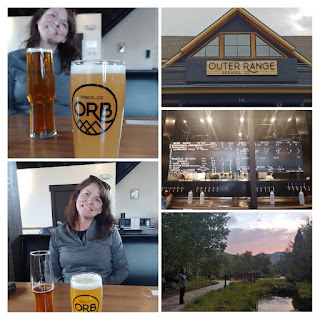 As far as I know, there is one brewery in the Denver area that begins with the letter U, and I used that in round one of my "A to Z Denver Breweries Project".
U is for Ursula Brewery.
I knew from the beginning of round 2 that I'd have to take liberty on some of the letters.
Not only does this "U" brewery not begin with the letter "U", but it also is not a Denver Brewery.
Oh well ...
You get what you get. Don't throw a fit.
My wife, aka The SheppyBrew Beer Model, and I traveled up into the mountains last weekend, and for lunch on the way up, stopped in Frisco, Colorado.
After lunch, we stopped at ...
U is for oUter Range Brewing Company. 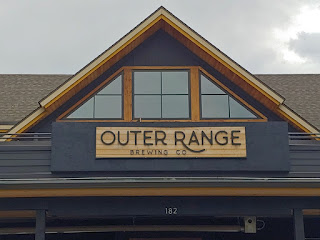 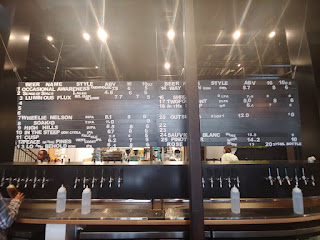 It is a beautiful location. Not only is the building nice looking, but the scenery around the brewery is spectacular. 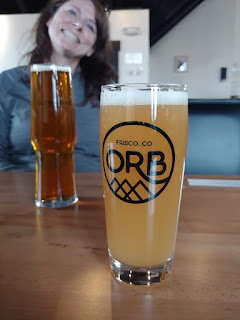 We only had a couple of beers here, but they were very good. 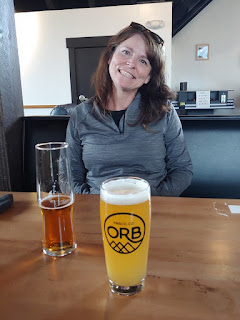 There is a good selection of beers to be had here.
In addition to being a brewery, this location is also a coffee shop. 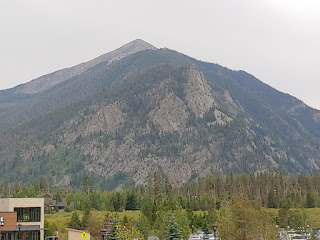 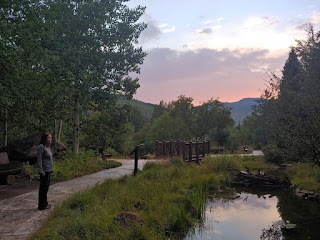