If you've been following my 6 Pack Project posts, you know that I matched up 6 of my homebrew recipes with my Colorado 6 pack list that I put together back in 2013.

As I was brewing beers in my Homebrew Colorado 6 pack, I noted that 3 out of the 6 beers no longer existed at their commercial breweries, so I was unable to compare my beers to the beers that they were meant to represent.

Since I was unable to track down the commercial beers to taste, I had to compare my homebrewed versions to my memory of the commercial beers.
I felt like Stone Soup and One Hundred were pretty close to what I remember about Hop Strike and Flashback.
I didn't think Irregular Eric's Double IPA matched real close to Deviant Dale's. I really like it, but it was not a match to the Oskar Blues beer. 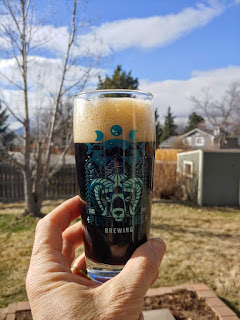 So ... I was thinking that I should replace Hop Strike, Flashback, and Deviant Dale's on my 6 Pack Project with beers I can find today.
Here is what I'm thinking I would add to the list today. 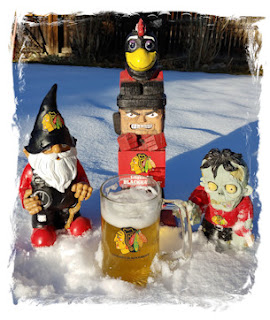 As luck would have it, I currently have SheppyBrew's Sin Lima Mexican Lager kegged and ready to compare with Ska's Mexican Logger. This is a seasonal beer, but it should be out in the liquor stores very soon.
Follow Sheppy's Blog: 6 Pack Project and you'll see how I think they compare.
You'll also see when I brew Eric's Pale Ale and Caliente Fuerte Mexican Stout.
Stay tuned.
Go Blackhawk!