I tried to go to the health club early in the morning, but they decided not to open until 8 AM due to the holiday. So, I went to Red Rocks to run up and down stairs instead of my usual workout: 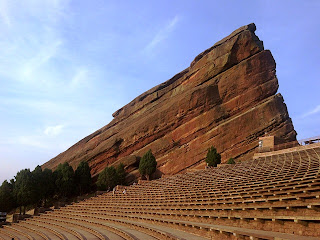 Late morning, we headed over to Golden. We parked by the Clear Creek History Park to look at the buildings. One of them was actually open for us to go in this time. We have never been there when any of the building were open before. 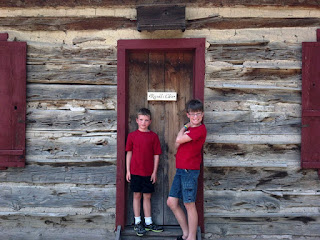 We walked up and down the Clear Creek. There were lots of people floating down the creek on tubes. It was fun to watch, but I bet it would have been more fun to be in the water. It certainly would have been cooler. 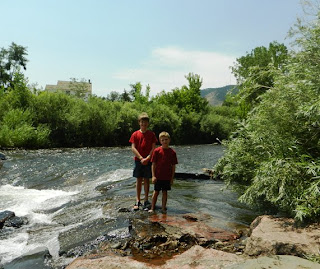 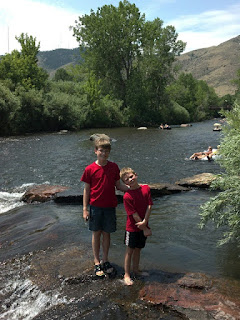 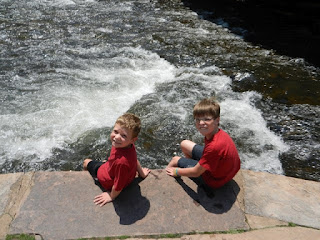 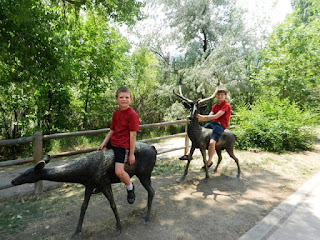 Eventually we made it to Lions Park for brats, soda, and beer. They also had fun things for the kids to climb and bounce on/in. 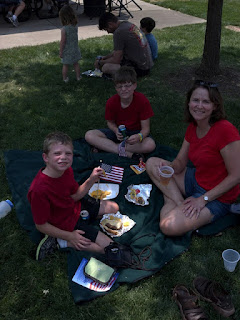 I made the family stop by Golden's 2nd Largest Brewery. 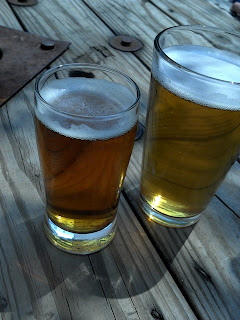 I earned the Independence Day (2012) badge on Untappd 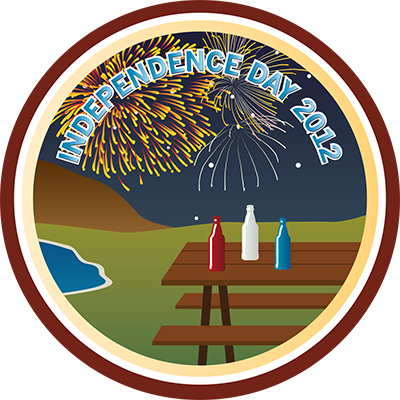 Eventually, we made it home were I grilled some meat for dinner. We also had some corn on the cob and other good picnic type foods. 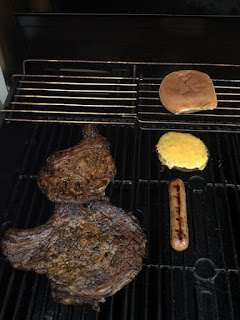 It was a nice mid-week holiday.