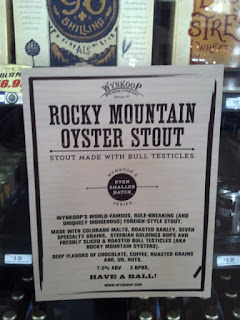 This past weekend, I tried one of the cans of Rocky Mountain Oyster Stout. It was, of course "a luscious uniquely ballsy stout with notes of roasted barley, coffee, and nuts". It was 7.5ABV. I don't know the IBU, but it was not very hoppy or bitter.

I still don't taste the balls. I do get lots of roasted barley and chocolate and coffee. It still simply tastes to me like a Stout. There is a bit too much of an alcohol flavor for my tastes, and maybe a bit too sweet. 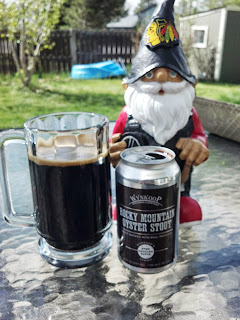