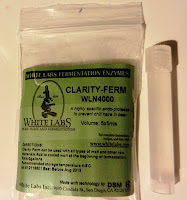 When I got up, I decided to figure out some water additions. I went to Brewing Friend's "Brewing Water Chemistry Calculator" at http://www.brewersfriend.com/water-chemistry/, and took their "Pale / Light Profile". I compared it to the Denver Water profile (as it is defined in Beer Smith ... I have not verified BS's numbers with a water report, so it is likely to be off). I figured out my water additions based on that difference. You can see exactly what I added and even the "actual" water profile I ended up with on the recipe ( Laser Salt Sandy Blonde Ale).

The rest of the brew day was pretty standard. I did spill some wort, and ended up adding a little DME to compensate, but after that, everything went exactly as planned. 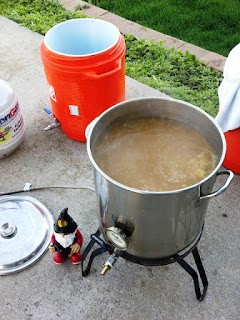 Now one of the most interesting things about this beer is that batch 1 was the very first beer in which I added  White Labs' "Clarity-Ferm". "Clarity-Ferm" is an enzymatic product designed to clarify beer by breaking down proteins that would contribute to beer haze. As sort of a side effect, it breaks down the gluten protein in barley. This is really cool for people like our friend "Gretchen" who is actually the one who first invited us to go on this group camping trip. As you may recall from other Gluten Free discussions on this blog, "Gretchen" is sensitive to Gluten. Thanks to her, I started looking into making Gluten Free (or at least Gluten Reduced) beers. "Clarity-Ferm" is nice because it (theoretically) reduced gluten proteins to a safe level. According to my research, and two test subjects, the theory does seem sound.

And as far as I can tell, it does not have any negative effects on the beer flavor. In fact, my FIRST PLACE WINNING beer Sasquatch Hunter German Altbier uses it as an ingredient.

Anyway, this batch of Laser Salt is fermenting away and will be ready to drink in less than a month. Changes are, I'll let you know how the group likes the beer this year.


After brewing the beer, the SheppyBrew family headed off to Eldorado Canyon State Park for a little hike and some minor rock climbing. We also had a nice picnic. The river through the canyon is as fast and high as I ever remember seeing it, which is nice. Hopefully this is a sign of an easing drought.

We had lots of fun. 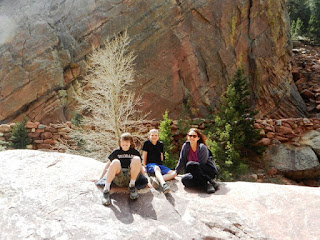 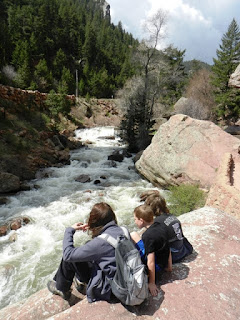 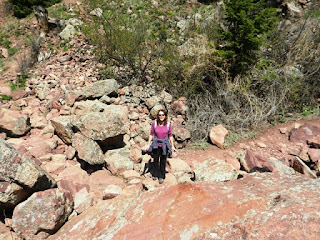 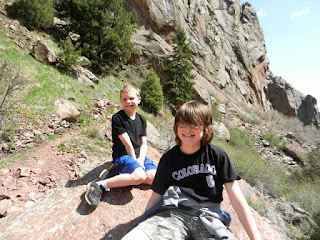 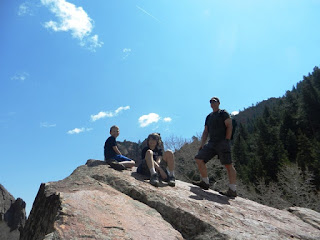 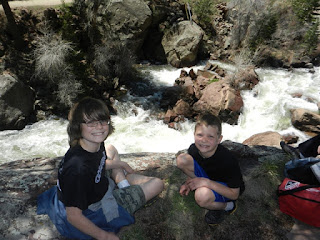 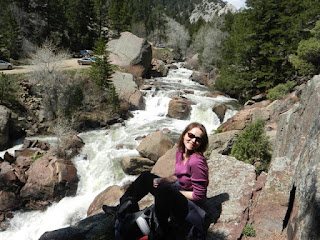 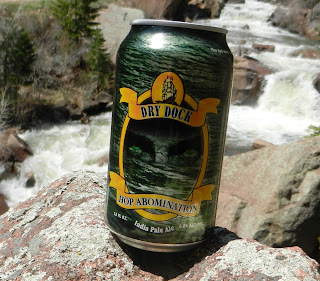 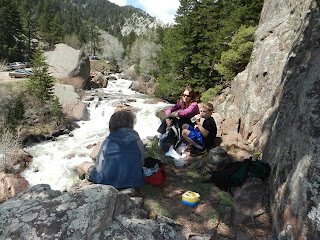 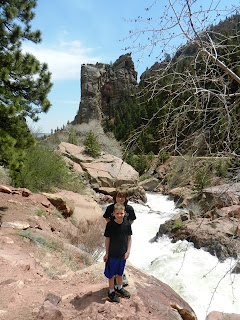