It is that time again! It is time to post quarterly updates on how much the SheppyBrew Brewery  has brewed. I've been doing this for quite some time because it is fun for me to go back and look at how the brewery has been doing. Plus, believe it or not, readers have mentioned they enjoy looking at the brewing stats. You can see all of these reports (including the one you are reading right now) by following this link: http://blog.ericshepard.com/search/label/Brew%20Stats . 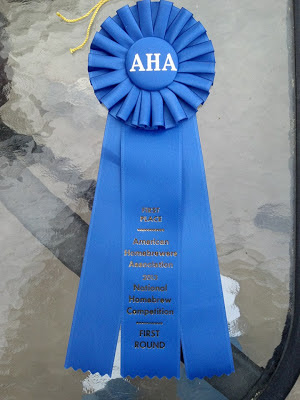 By far, the most exciting thing that has happened with the Brewery is that Sasquatch Hunter German Altbier won a blue ribbon at the Denver Regional round of AHA's National Home-Brew Competition (see Kind of a Big Deal). This meant I had to drop all plans and brew another batch to send to the Finals (see Brewing for the Nationals). I didn't get a medal in the Final round, and didn't score as high as the first round score, but just going was very exciting for me. I'd only ever entered two competitions, and it was a complete surprise to place first.

As I mentioned would probably happen (see 2013 Q1 SheppyBrew Stats), I took a little break from my BJCP Category Goal (see SheppyBrew Styles). The only beer I brewed in that little project was on the very last day of the quarter, Gnasty the Gnome ESB. If I am counting right, that leaves me 6 categories to finish up before the end of the year (English Brown Ale, Porter , German Wheat and Rye Beer, Belgian Strong Ale, Strong Ale, Smoke-Flavored and Wood-Aged Beer). I should probably brew either Belgian Strong Ale or Strong Ale soon so that I am not having to brew two really big beers at the end of the year. 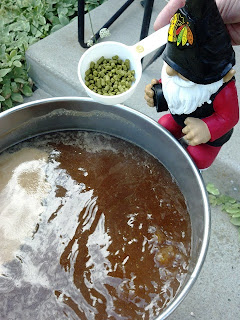 Of the 5 batches, only 2 were brand new recipes, and the Summer Lovin' Un-Wheat was only new because I made a mistake when scooping grains at the home-brew shop. This brings my new recipe total to 6 for the year, making me well behind the pace of 17 new recipes last year.

I didn't do any lagers this quarter.

All 11 of the batches I've done so far this year have been all-grain. Last year, I brewed 20 all-grain batches. As I said in I mentioned in 2013 Q1 SheppyBrew Stats, I actually doubt I'll do anything but all-grain brewing this year, but we will see.

Gnasty the Gnome ESB hasn't been kegged, yet, but it will be, so of the 11 batches so far this year, 10 have been or will be kegged. I expect I will easily break the SheppyBrew batches kegged record of 15. 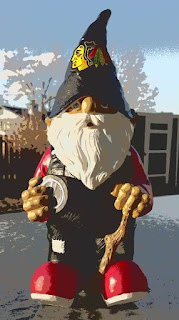 As for Q3 ... I don't know. I already mentioned I need to brew 6 BJCP categories before the end of the year, so hopefully I'll get 3 or 4 of those done. Other than that, I'll just keep doing what I've been doing.