Since last time, I have earned the following badges:

I <3 Colorado Beer ... I unlocked this by checking in to 2 beers from a set of 40 Colorado Breweries who were attending the 24th Annual Colorado Brewers’ Festival. The beer that got me this badge was a Flashback India-Style Brown Ale by Boulder Beer Company.

Brew Traveler ... I've checked into beers while in at least 5 different states. I think I probably would have gotten this sooner but didn't always check in the location. Anyway, the beer that got me this was a Long Hammer IPA by Redhook Ale Brewery in Henderson, NV.

Cerveza Matador ... I had to check into 5 (maybe 6?) different Mexican beers to get this badge. I targeted this badge and I am not proud of some of the beers I had to drink to get this. The beer that got it was a Dos Equis Amber by Cervecería Cuauhtémoc Moctezuma.

Independence Day (2013) ... I simply checked in a beer on the 4th of July. The beer that got me this on was a Pilsner by Redhook Ale Brewery.

Lite Weight .... Talk about not being proud of the beers I had to drink to get this. I had to drink 3 of the popular "American" light beers. The one that finally got me this beer was a Bud Light by Anheuser-Busch (ABInBev) at Green Valley Ranch Resort Spa Casino. To make things worse, I lost money at the Casino.

I usually like to report on more than 5 badges when I do one of these untappd badge posts, but since it has taken me so long to do 5, I think I'll go ahead and post this. Interestingly enough, 4 of those five were on one trip to Nevada over less than a week.

If you are on untappd and want to be my drinking friend, come send me a request. https://untappd.com/user/esheppy 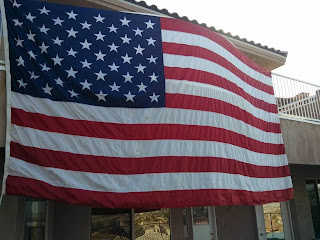