This past weekend I brewed the next beer in my BJCP Category Project (see SheppyBrew Styles). This one was Category 11 — English Brown Ale, and I decided to brew an English Mild (11A) to satisfy this category.

As always, you can see the recipe on the Sheppy Brew website. See Sloth Man English Mild. I went low alcohol on this one. It should be a 3.7% ABV beer with lots of rich English caramel and biscuity flavors. It is sort of a toned down Gnasty the Gnome ESB, which coincidentally disappeared recently. 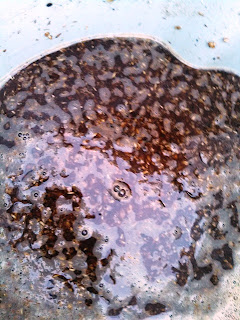 I got started pretty early on Sunday. I had some non-beer related issues I ended up having to deal with, though so I didn't really get the mash going until well after 6AM.


After I got the strike water at the right temperature, the mash itself went fine. I went a little higher on the mash temperature than the recipe calls for, hoping for a bit more body to help the low ABV beer have more malt flavor. 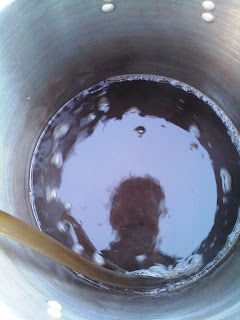 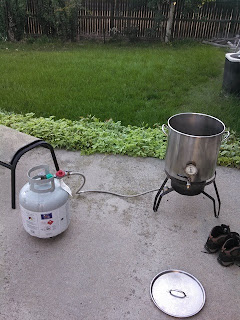 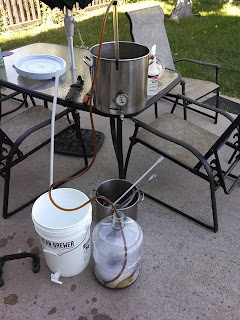 I got the wort chilled to 75 or so and then transferred it into my smaller Better Bottle carboy. I put this into my 10 gallon gott cooler with ice. Then, I left for the late service at church. 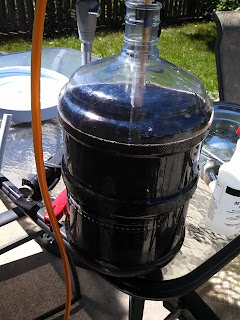 After church, I transferred my beer from the little carboy into the big carboy along with the yeast and the the "Gluten Killer" Clarity-Ferm (I will be using this beer as GABF baby sitter payment). I moved the carboy into the basement and got things cleaned up pretty early.

Before I went to bed, I checked on the carboy. No activity. This surprised me, but I figured it was just going to be a slow starter.

The next morning, it was still not doing anything. I think I over-chilled this batch.

I went to work, came home, and there was still nothing going on. I decided to re-pitch some of my harvested WLP007. The next morning things were moving.

The fermentation is going well. It is slowing down now. Hopefully this bigger-than-usual lag time will not end up causing me problems.

The plan is to have this bottled up next weekend and it should be carbonated and ready to drink in time to give to "Gretchen" in time for the GABF when she and her husband will be taking our kids. "Gretchen" and her husband really liked Gnasty, and I expect they will like this easy drinking session beer as well.

Hard to believe the GABF is almost here.