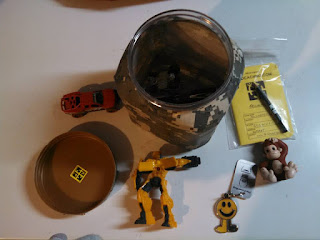 I placed what I hope will be the Sheppy Family's third geocache.

It is currently submitted for review. The only thing that would prevent it from being published is any multi-stage caches that have one of the steps in the area. Unfortunately, I have no way of knowing where all those might be unless I find every multi-cache that might be anywhere close to this area. I didn't see any multi-caches particularly close, so I think my chances are pretty good.


This one is very similar to Sheppy McShepardSons (take II), which I hid back in April of 2014. This one is in a very similar container. It has lots of toys in it. It shares a similar name. It is even technically in the same park. 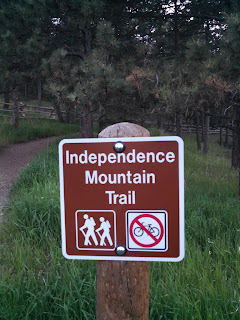 McShepardSons on Independence Mountain, though, is up a much steeper trail than the first cache. The hiding spot has much nicer views as well. Unfortunately my pictures don't do it justice, but trust me, it is a cool spot. 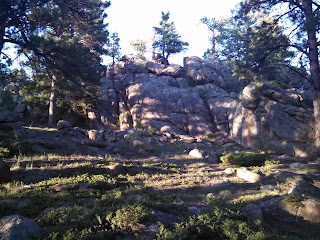 I actually scoped out the area almost two weeks ago, deciding basically where it would go. After finding the spot, I covered my container in camo duct tape and filled it with trade items. So, this morning, I had everything ready to go.

It took me 36 minutes to climb to the top and make the hide. We'll see if I can significantly improve my time next time I visit. 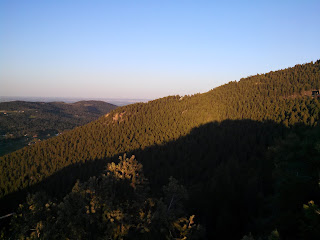 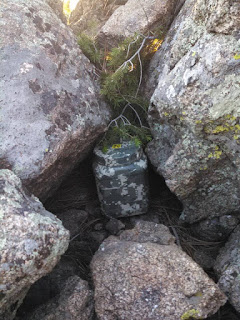 Hopefully the reviewer will accept this spot. I think it is a really good one.

Inside the cache, I included my newest travel bug ... Guacamole Jr. 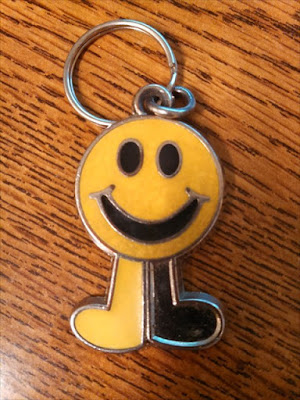 Guacamole Jr. is, of course, a tribute to the tragic story of Guacamole, my first travel bug. I keep hoping that Guacamole will magically pop up somewhere. Maybe its time to accept that he is never going to come back and that I should just let his memory go.

I have high hopes for Guacamole Jr., though. Since his first home is a cache that is somewhat difficult to get to, I'm hoping the first person to grab him will be someone who knows how to treat travel bugs.