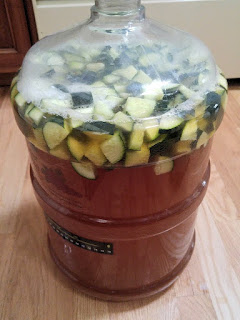 Well, as it turns out, I got plenty of cucumber flavor with 3 pounds of sliced cucumbers with peels included. I left the beer on the cucumbers for about 5 days.

And ... early on in the beer's life ... I thought there was too much cucumber skin flavor.

I decided to make a couple of gallons of the base beer to blend into the Kucumber Kölsch.

I brewed this blending beer yesterday.

3.25 pounds German Pilsner Malt
6 ounces Vienna Malt
Mashed at about 152 with about 3 gallons of water
Boiled for an hour with .25 ounces of Magnum hops added at about 40 minutes.
Fermented with WY2565 Kolsch Yeast 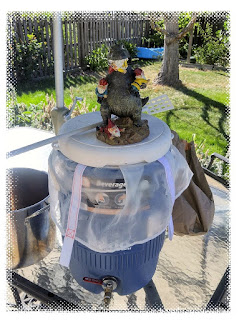 Ironically, I thought the beer I had yesterday was good on the Kucumber amount.

The Beer Model also says she likes it.

Maybe I didn't have to go through this ... but I figure by the time this is fermented, I might be tired of the Kucumber amount again. I guess we'll see. 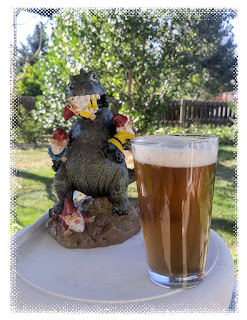 I'll try to keep you informed.