T is for TRVE Brewing Company 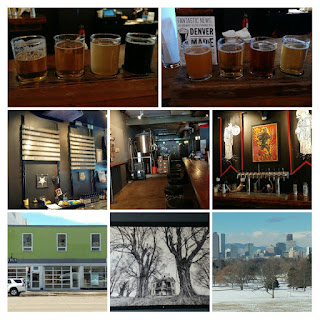 If you follow this blog regularly, you have probably noticed a lot of progress on the A to Z Denver Breweries series.

Since mid-November, I've moved from N is for New Terrain Brewing Company to S is for Spangalang Brewery.


T is for TRVE Brewing Company 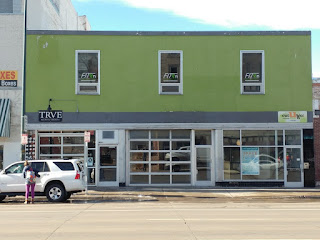 So ... TRVE is actually a brewery I've been meaning to visit for a long time. Basically since they opened.


Our goal is to give you a rad place to hang out and drink killer beer. Founded on the Summer Solstice of 2011, our mission has always been to create beers that are beyond the pale. To us this implies new ideas, channeling Loki, and embracing chaos. It means drawing from the sounds and sights that inspire us most in life.
Our beers may or may not exactly adhere to any particular guidelines – we’re style blasphemers and category agnostics – but you can count on the fact that we’ll always brew damn good beer.
To us, TRVE represents being a part of a counter culture without immersing yourself to the point of taking it too seriously. 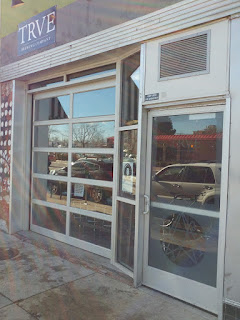 When I walked in, I was surprised how small the space is. I imagine this place gets real crowded on Friday and Saturday nights. I was there right at opening time on a Friday afternoon and there were only a couple of us in the tasting room.

The place is dark. Literally, the lights are dim. Figuratively dark as well, the motive is very Heavy Metal. 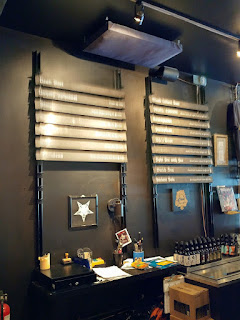 I think I might be a little frightened to walk in at night ... but then I'd get over it. They have beer. 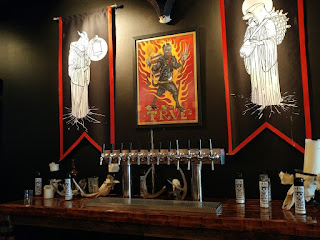 The bartender did not want to give me two flights. She wanted to make sure I finished my first before I got my second.

Not a big deal. I just thought it was sort of strange. 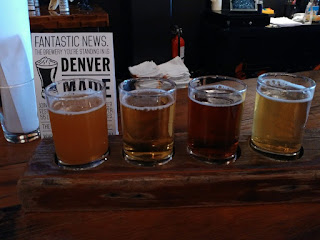 However ... it was sort of cool. The beer list had two sections. "Clean Beer" and "Mixed Culture Beer". 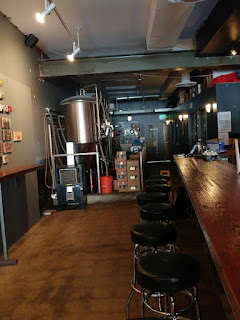 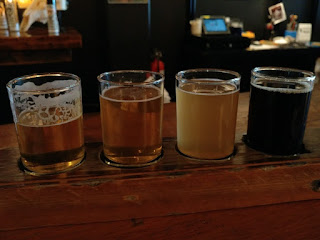 In short ... I was really impressed with the sour beers. I thought the "experimental pale" was fantastic as well. The rest were great, but the sours and the Invoker were world-class (in my humble opinion).

I would say Invoker, Pteropticon, and Revengeance were some of the best beers I've had in a long time... and remember, I've done quite a few brewery visits lately. 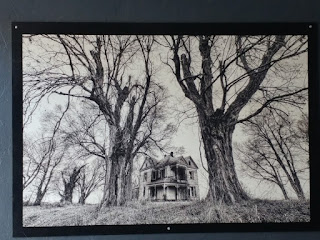 Make sure you drop by and give them a try. Especially if you love sour beers, I think you'll really enjoy the beers here.

They are located at

So ... that is my T is for TRVE Brewing Company.