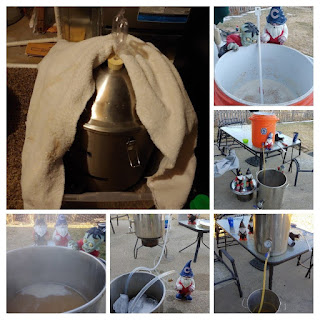 According to my records, I have brewed Buckwheat's Belgium Pale Ale 13 times. It is SheppyBrew's most brewed beer.

It started out in 2010 as an extract recipe based mostly on a recipe from Jamil Zainasheff's and John Palmer's book Brewing Classic Styles called "Antwerp Afternoon".

The SheppyBrew Beer Model (aka my wife) picked the recipe out from the book as something she would like to try.

She ended up really liking it. In fact for a long time, she called it her favorite beer.

It was the first recipe I converted and brewed as all grain.

I also did quite a bit of experimentation on yeasts with the beer to find out what my wife preferred.

The recipe today is all grain and a bit more hoppy than the original, but I think the base is very similar. 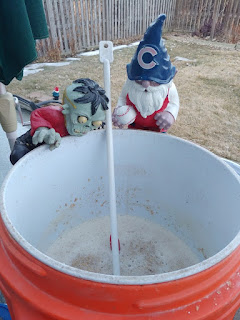 My wife still likes it, so I'll continue to make it from time to time.

Recently, she asked for it again. So, I brewed it my 13th time this weekend. If I have been keeping track correctly, this is my 250th batch of beer brewed. 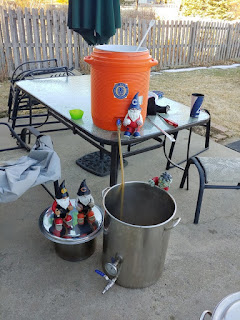 I brewed it Sunday ... the Spring Forward day. I was actually awake at what should have been 2AM ... but skipped. That hour of our life is simply missing FOREVER. Da Da DAAAAAA!

I was up just past 7AM .. which would have been 6AM if not for the missing hour. 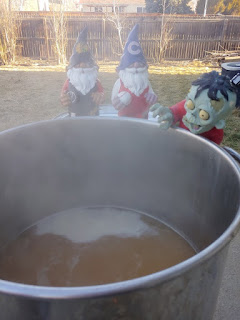 Around 7:30 AM, I had the mash started. It was a bit high and I had to add some ice to cool it down some.

Around 9AM, I was collecting wort from my batch sparge. A little after 9, I was starting to heat up the wort to start the boil. 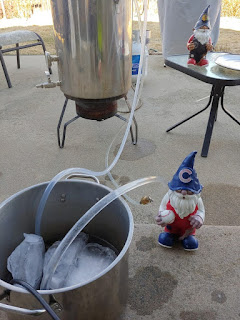 The pre-boil volume and gravity was close enough that I didn't have to adjust.

The boil additions went as planned. 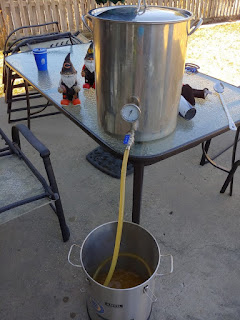 At around 11:30, I was transferring to the fermentor.

Brew day was done by noon. Not bad for such a late start. 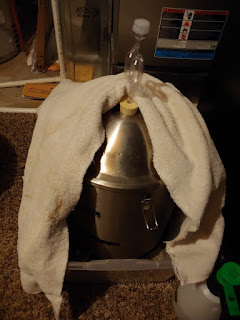 Now, as I type ... the yeast is starting to work at duplicating and eating sugars. By the time this is posted, the fermentation will be going strong.