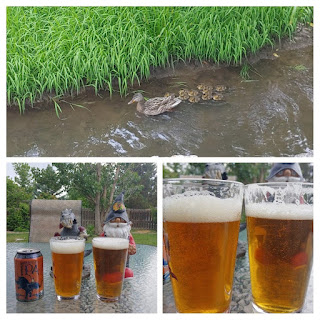 It didn't last very long. It is so delicious, and Shelter-in-Place means I am drinking beer.

Well ... I drank beer before Shelter-in-Place so I probably can't blame SIP.

As I'm sure you remember, Foothills IPA is designed to be similar to Odell Brewing Company's IPA, and I used the AHA Odell IPA Clone recipe as the base.

Thus, it makes sense that I would compare Foothills IPA to the Odell Brewing Company's IPA.

A couple of weeks ago, I did the comparison ... see Foothills IPA vs Odell IPA. 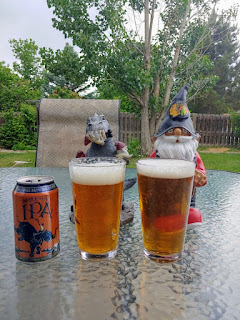 Originally, the main difference between the two beers was that mine was considerably more hazy than Odell's.

Just a couple days later, mine was closer, but still a bit hazier.

Color is still pretty close. Foothills might be just a bit darker now, but not so much that you'd notice if you didn't look at them side-by-side. 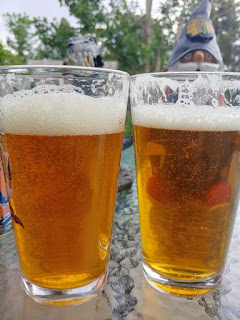 Now ... the biggest difference is that Odell IPA has more carbonation. As a result, it has a longer lasting, thicker head.

I am very proud that my IPA lines up so closely with the Odell IPA. I'm going to have to brew this recipe again in the future.